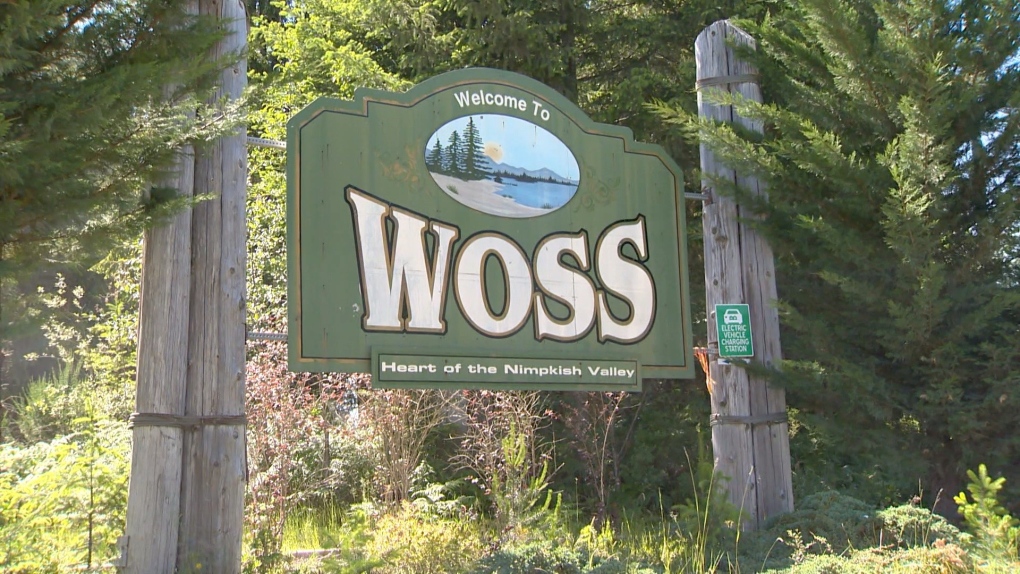 The Village of Woss in North Vancouver Island is pictured: (CTV News)

COURTENAY, B.C. -- A Nanaimo man who was working in the North Vancouver Island community of Woss sustained minor injuries following an encounter with a cougar in the community Thursday evening.

The B.C. Conservation Officer Service says the man was walking his dogs off-leash along a rural road when a cougar attacked one of the dogs.

"Gentleman was walking his two dogs and a cougar came out of the bush and went towards the gentleman’s dog," said conservation officer Christopher Hamlyn.

Officers arrived in Woss an hour after the attack and continued their search for the cougar on Friday using tracking hounds.

"We searched for him this morning with some hounds and we’re going to be in the area all day today (Friday) and we’ll probably have the hounds out a couple more times today," said Hamlyn.

Officers believe the cougar could well be the same animal that was involved in another altercation earlier in the week.

"Another dog was attacked a little worse, so it’s not an isolated incident, it seems like this cougar is hanging around town," Hamlyn said.

The conservation officer says bystanders made contact with the cougar in that earlier encounter using some sort of pipe. Hounds were bought in after that event but were unable to track the cat at the time.

"We think it’s the same cat, we’re not 100 per cent sure," he said. "The guy’s dog yesterday was very lucky that (the owner) was there otherwise I don’t think the dog would be with us anymore, judging by what the victim told me."

The B.C. Conservation Officer Service is reminding the public to keep their children and pets close and on a leash. Any cougar sightings should be reported to the Report all Poachers and Polluters (RAPP) hotline which is 1-877-952-RAPP (7277).