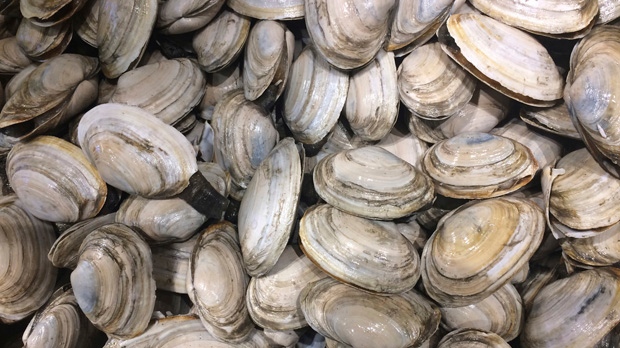 In this June 28, 2017 photo, local softshell clams are on display at a Portland, Maine, fish market. (AP Photo/Patrick Whittle)

VICTORIA -- A commercial clam fish harvester who co-owns an aquaculture licence in the Courtenay area has been fined $10,000 after being convicted of eight counts of violating the Canada's Fisheries Act.

The Fisheries Department says an on-site investigation and audit of paperwork by officers with the Conservation and Protection Aquaculture Unit led to the charges against Keith Chui.

It says the violations included incomplete information on 38 mandatory shellfish traceability tags to show where the fish was harvested.

The Fisheries Department also says Chui's activity records did not accurately represent the product that was being harvested from his site from 2014 through 2016.

This report by The Canadian Press was first published June 12, 2021.