Ahead of the second National Day of Truth and Reconciliation on Friday, a Vancouver Island First Nation is working to make a local bridge with a dark past more welcoming.

It's known as the "Orange Bridge" to many of the locals in the Port Alberni, B.C., area.

"There's a lot of survivors who won't come to Port Alberni and who won't cross this bridge because it reminds them of this school," said Ken Watts, Elected Chief Councillor of the Tseshaht First Nation.

Heading west along Highway 4, the Orange Bridge crosses the Somass River and enters the Tseshaht First Nation where the Alberni Indian Residential School once sat just a few hundred metres away.

The bridge is a constant reminder to survivors of what happened there.

Another survivor, Donna Samuel, says most people had no idea what the bridge meant to survivors.

But that will hopefully start to change. On Tuesday, survivors – with help from the B.C. Ministry of Transportation and Main Road Contracting – painted the four corners of the bridge orange to honour all of the children who attended the school. 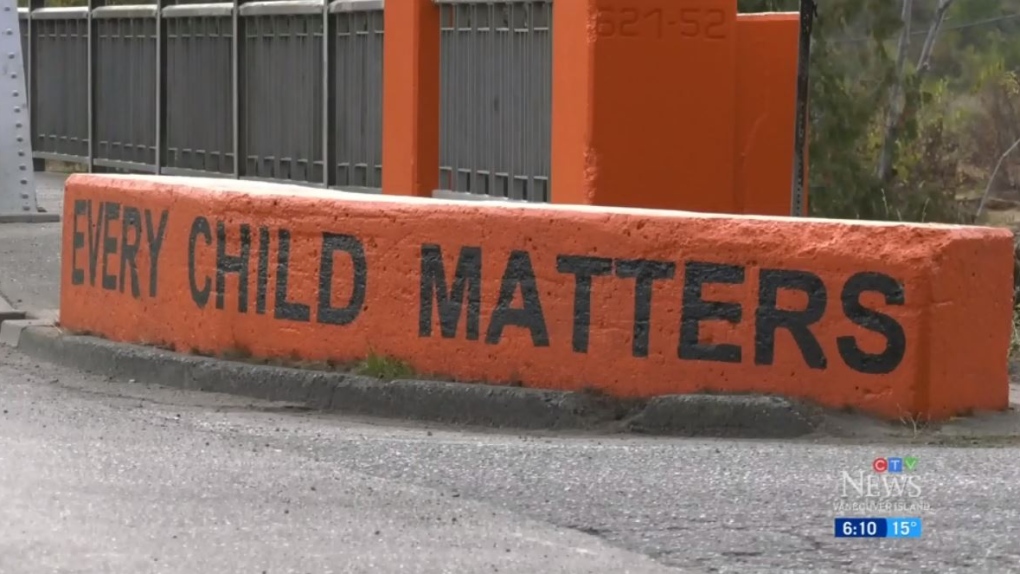 "It's a part of our healing journey," said Wally.

"I'm glad to be doing this today as a reminder," added Donna.

Chief Watts says the bridge is intended to stand as a symbol for current and future generations.

"We need to remind people when they pass this bridge about what happened here, and also the resilience of our people and how we have survived," he said.

But the job won't be complete without involving the next generation. Educators have to teach what the orange paint symbolizes, and the National Day of Truth and Reconciliation is an important part of that.

"It's a day for people who went to residential [schools] and survived, and people who did not," said Riley Stewart, a student at Haahuupayak Elementary School.

"And a lot of the elders are still alive and used to go there and they lost their culture," added student Heexal Dennis Marshel.