A well-known aviation company in Port Alberni, B.C., has reached a new height and hosted a celebration on Monday to mark the event.

Coulson Aviation completed the conversion of its third Boeing 737 aircraft into a flying tanker to fight fires, and invited family members of employees who worked on the aircraft to celebrate the achievement.

"Well it's great. Nobody really sees what we do here so when they open the doors like this and have a little barbecue everybody gets to come in and enjoy what we work so hard for," said Danny Stringer, a program manager for Coulson Aviation. 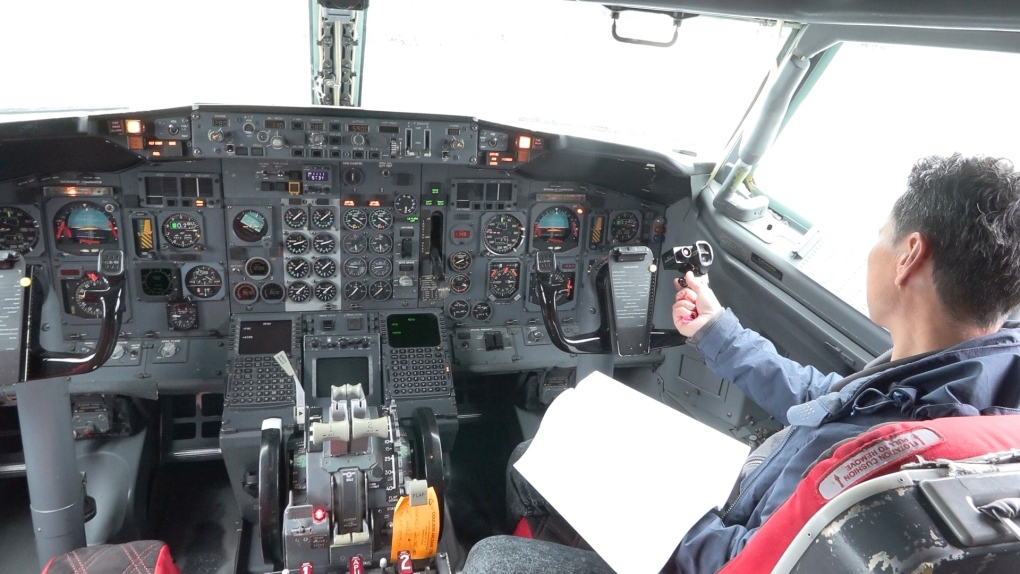 Stringer's family attended a family barbecue at the company's Alberni airport location along with many others.

The company purchased six 737's from Southwest Airlines and is converting them all into tankers for fighting fires in international locations.

"It's a very unique airplane," said company co-president Britt Coulson. "This is only the third 737 large air tanker in the world."

"We have two more in behind it ready to be modified and everyone has a lot of pride in the work that they do here, so it's pretty cool to have that family mentality and ownership that they had a piece to manufacture and build," he said. 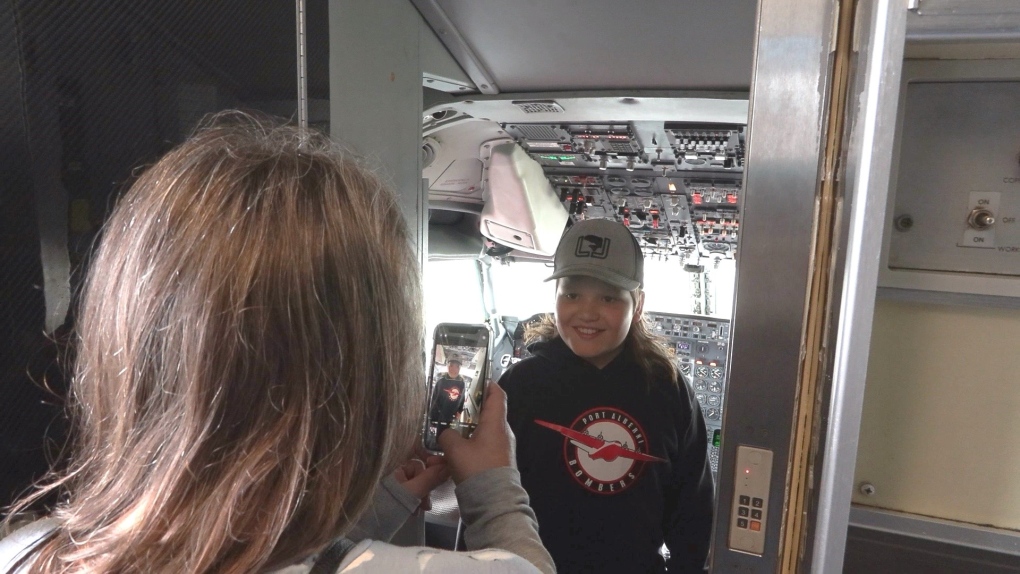 DESTINED FOR U.S. AND AUSTRALIA

The aircraft will fly to Idaho on Tuesday to get its aviation inspection before being put to work in the U.S.

"It's going to be carded in Idaho and then it will go to work for the United States Forest Service and then this aircraft will run the Lower 48, so wherever there's fires and it's needed it'll go to work" said president and CEO, Wayne Coulson.

Coulson says the aircraft will be used in the U.S. until the end of November before being sent to Australia on a multi-year contract.

Britt Coulson says another aircraft should arrive in Port Alberni within the next two weeks to undergo the same conversion.

"We do very unique programs here where you take something, like an ex-Southwest Airlines 737 [and] fully convert it to something that is unique in the world," he said.

"To be able to see that from conception through manufacture, through installation, through completion, is a pretty unique opportunity and to have all the family members and everyone come out and spend a couple of hours with it is pretty cool," said Coulson.

A fire ripped through a packed Coptic Orthodox church during morning services in Egypt's capital on Sunday, quickly filling it with thick black smoke and killing 41 worshippers, including at least 10 children. Fourteen people were injured.

A new study is offering a dire prediction for the U.S. state of California, where scientists say catastrophic flooding could become twice as likely in the future due to the effects of climate change.

Antarctica ice melt is accelerating, and research says an overlooked coastal current is to blame

A new study suggests that Antarctica’s ice shelves may be melting faster than previously believed, which is causing sea levels to rise at a more rapid pace and accelerating the dangers of climate change.

Norway puts down Freya the walrus that drew Oslo crowds

Authorities in Norway said Sunday they have euthanized a walrus that had drawn crowds of spectators in the Oslo Fjord after concluding that it posed a risk to humans.

'Fanaticism is a danger to free expression everywhere': Ignatieff on Rushdie attack

After Indian-born British novelist Salman Rushdie was attacked during a writing conference in western New York on Friday, current and former Canadian politicians are weighing in on what such attacks mean for freedom of expression and thought.

Salman Rushdie 'on the road to recovery,' agent says

Salman Rushdie is 'on the road to recovery,' his agent confirmed Sunday, two days after the author of 'The Satanic Verses' suffered serious injuries in a stabbing at a lecture in upstate New York.