Here we go again, and then again, and again. It’s a rain-filled end to the month of November on Vancouver Island, which has already been a soaker of a month.

We’re getting ready for three more storms that will pack a punch when it comes to moisture. The next round rolls across Vancouver Island and the Lower Mainland Wednesday and Thursday. Rainfall and wind warning are in effect as well as a special weather statements for some other areas.

West Vancouver Island will be the hardest hit by rain, especially from Ucluelet northwards, with 100 to 150 millimetres of rain expected from tonight through Thursday midday. 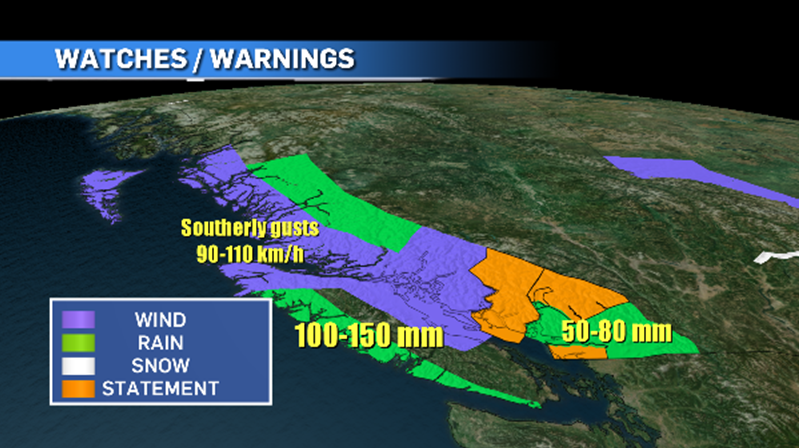 Rain will become heavy tonight and wind gusts will intensify throughout the day. Wind warnings are in place for North Vancouver Island with a strong front producing southerly winds gusting 90 to 110 km/h.

Haida Gwaii and the north coast will be hit first with the gusts spreading south to the central coast and North Vancouver Island on Wednesday afternoon and evening. Additionally, with this storm we have rising freezing levels above the mountaintops on Thursday, which means there's concern about melting snow creating runoff.

Localized flooding and water running over roads should be monitored closely. 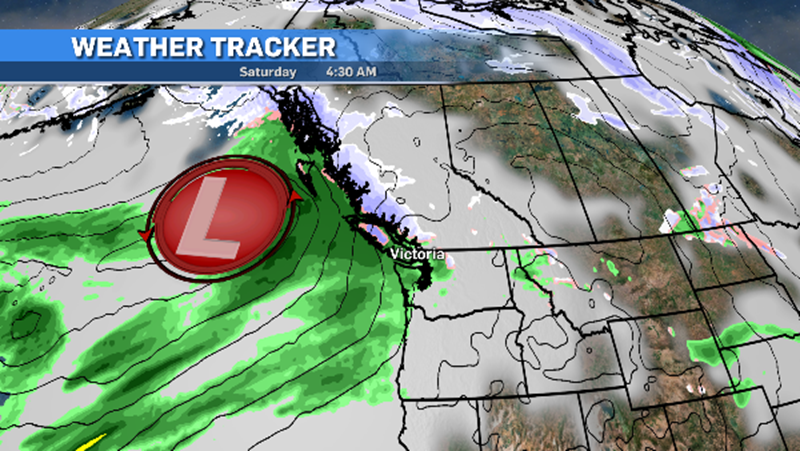 As this atmospheric river moves out of the region Friday morning, we have a quick turn around to prepare for the next event which will arrive on Saturday.

The path of the Wednesday and Thursday storm is almost exactly the same as the Saturday storm. The areas most affected by this current storm will be the same ones most affected this weekend again.

The atmospheric river on Saturday will bring with it heavy rain and strong winds. The central and northern communities of Vancouver Island will most likely see a heavy rain day Saturday through Sunday. At the end of the weekend, rainfall totals will range from approximately 65 millimetres in Greater Victoria to 180-200 millimetres on the west coast and around 150 millimetres to the north. 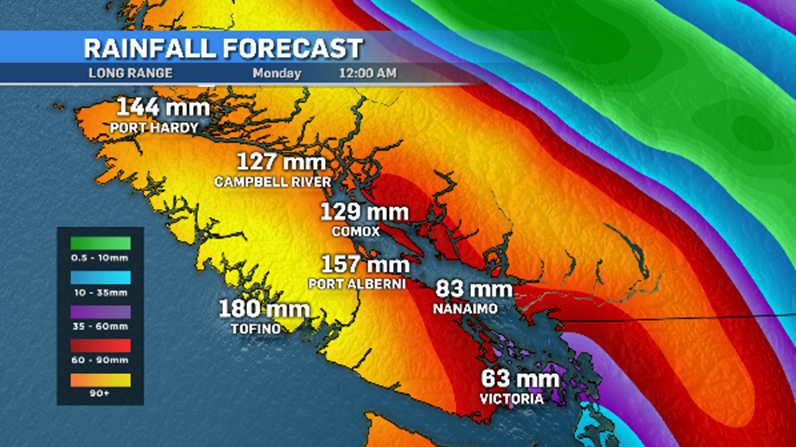 Into next week we’re watching for a third atmospheric river which could land Tuesday or Wednesday. We’ll have to wait on the timing and specifics of this storm as it’s still setting up.

There is the potential for snow to be associated with the storm next week as colder Arctic air is being pulled into the area. Take it one storm at a time, monitor your area and keep and eye out for alerts and warnings. To report severe weather you can email BCstorm@ec.gc.ca.