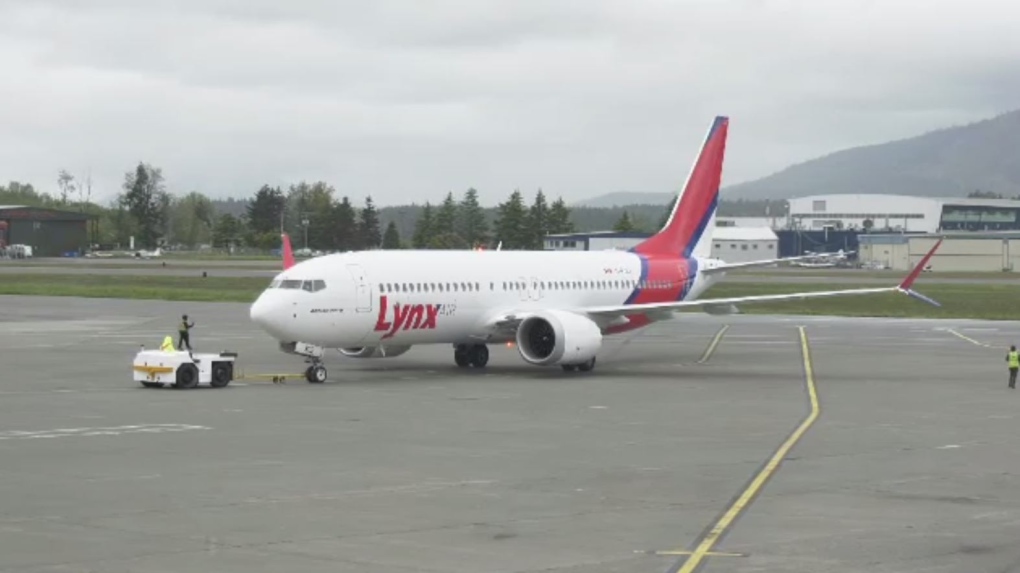 A Lynx Air plane lands in Victoria for its first scheduled flight on May 12, 2022, (CTV News)

A new airline describing itself as an "ultra-affordable option" is now offering flights in and out of Victoria.

Lynx Air, based out of Calgary, celebrated its first flight to Victoria International Airport on Thursday with a ribbon cutting.

The privately owned Canadian airline says it’s modelling its business on successful low-cost carriers in Europe and the United States.

With "a la carte" pricing, Lynx says you only pay for what services you need, which can help keep costs low.

"The fares have been traditionally really high here in Canada so we think there’s a big opportunity to inspire more people to travel," said Merren McArthur, CEO of Lynx Air.

"When fares are [high] there will be people that just can’t afford to travel, or travel as much as they would like, so we’re bringing ultra-affordable fares to inspire more people to travel," she said.

For now Lynx, is offer two flights a week from Victoria to Calgary with plans to offer more flights by the end of June.

One passenger who spoke with CTV News on Thursday said they paid around $80 to fly from Calgary to Victoria.

Lynx uses a fleet of Boeing 737 aircraft, and the Victoria Airport Authority says it's excited to have another airline offering flights out of YYJ.