Uber denied expansion onto Vancouver Island, other areas of B.C.

Uber denied expansion onto Vancouver Island, other areas of B.C. 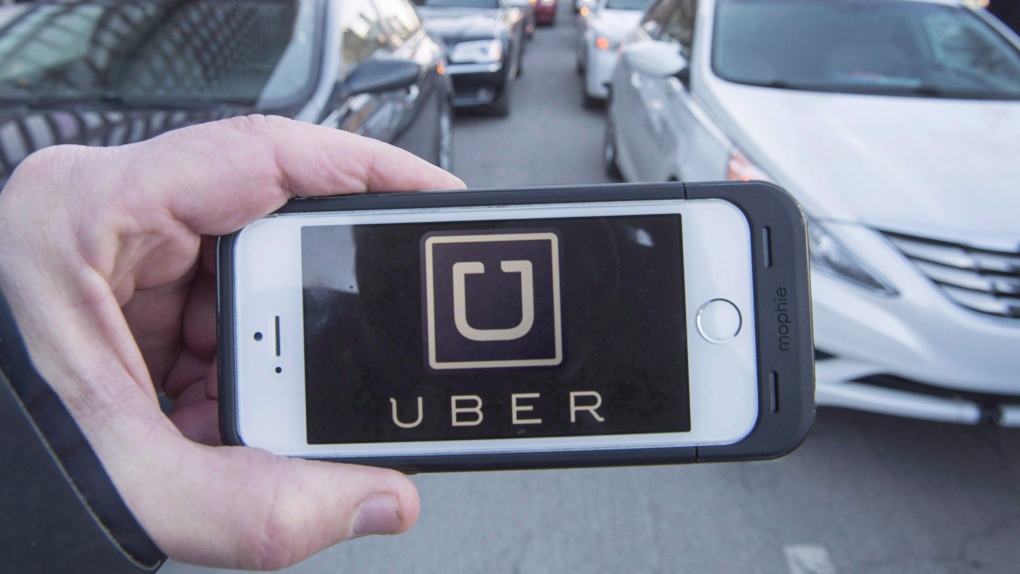 The Uber logo is seen in front of protesting taxi drivers at the Montreal courthouse, on Feb. 2, 2016. (Ryan Remiorz / THE CANADIAN PRESS)

Popular ride-hailing service Uber was denied its most recent application to expand onto Vancouver Island and other areas of the province, according to a decision by the Passenger Transportation Board (PTB) on Tuesday.

The PTB says much of the decision was based on the effects of the COVID-19 pandemic, which have negatively impacted transportation services of all kinds, including the taxi industry.

Uber launched in Metro Vancouver in January 2020, and later applied to expand to the rest of the province – in Region 2 (Capital Regional District), Region 3 (Vancouver Island, excluding CRD), Region 4 (Okanagan – Kootenay-Boundary-Cariboo), and Region 5 (BC North Central and Other Regions of BC)

When reviewing applications for ride-hailing services, the PTB says it must determine three factors: If there is a public need for the service, if the applicant is capable of providing the service, and if the application "promotes sound economic conditions in the passenger transportation business in British Columbia."

The PTB says that Uber has proven to be a capable operator. However, it says there is not sufficient evidence of "public need" or interest for the ride-hailing service in regions of B.C. outside of Vancouver, and it adds that Uber's expansion to other markets may unduly harm taxi operators in these regions, which have already seen dips in ridership due to the pandemic.

An independent report commissioned by the PTB into the affects of COVID-19 on the transportation industry found that the presence of Uber in Metro Vancouver likely led to a lower recovery for taxi companies compared to other areas of B.C.

That's one of the main reasons why the PTB declined Uber's application to expand into other areas of the province, adding that taxi companies should have a chance to recover more fully from the pandemic before ride-hailing services are introduced.

"In the board’s view, existing licensees should have the opportunity to start up and be successful in their business without additional competition which may be harmful," reads the decision from the PTB released Tuesday.

On Thursday, Uber told CTV News in a statement that it was disappointed by the PTB's decision to bar its expansion in B.C.

"The Passenger Transportation Board’s decision is surprising, disappointing, anti-competitive and inconsistent with what we hear from communities like Victoria and Kelowna," reads the statement.

"There is meaningful public demand for ridesharing services, as demonstrated by the support from local community and business organizations, and the strong uptake of ridesharing in Metro Vancouver since we launched."

In its application, Uber said it had received letters of support for its service from several organizations across the province, including the Victoria Airport Authority, the Greater Victoria Chamber of Commerce, the Victoria Police Department, the City of Langford, MADD Canada, the BC Federation of Students, the BC Restaurant and Foodservices Association, the Ending Violence Association of BC, and Tourism Kelowna.

Several of the organizations, including Mothers Against Drunk Driving Canada, supported Uber's claims that the ride-hailing app improved road safety by reducing the number of impaired driving incidents in communities where it was introduced.

Uber also said that between March and August of this year, there was a 300 per cent increase in people opening up the Uber app in Victoria, something the company says indicates demand.

"British Columbians have been clear that they want access to the same safe, reliable rides available in communities around the world," said Uber in its statement Thursday.

"Uber will review the full decision and make a decision regarding next steps in the coming weeks."

The Passenger Transportation Board's full decision can be read here.