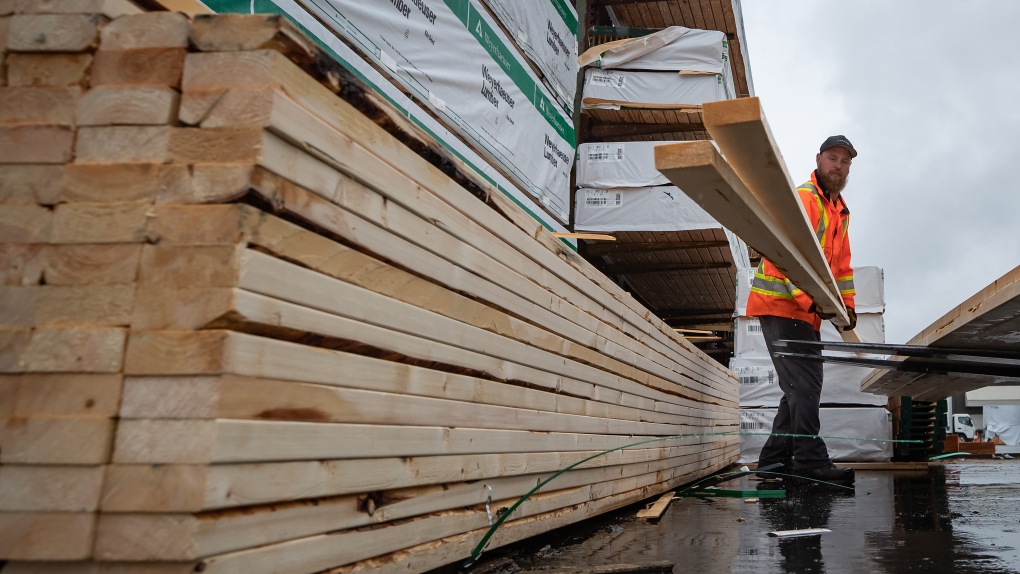 The British Columbia government is voicing frustration at the United States over its decision to maintain import duties on Canadian softwood lumber.

In a joint statement Wednesday, Forests Minister Bruce Ralston and Jobs Minister Brenda Bailey said the import tariffs are "unjustified" and hurt consumers in both countries.

"At a time when we need to work together in the face of rising costs related to global inflation, these tariffs are making housing and lumber more expensive, hurting people on both sides of the border," the ministers said.

“As we continue to build a more resilient, sustainable forest economy, what we need are partners across the border who work with us, not against us, in making a stronger forest sector for Canada and the United States."

Documents filed Tuesday by the U.S. Department of Commerce are the latest in a series of reviews of the lumber dispute, and indicate the anti-dumping and countervailing duties aren't going away.

The latest combined duty rates - which are preliminary and won't take effect until after a final review expected this summer - range between 7.29 and 9.38 per cent.

Ng said Canada will use all avenues to fight the duties, including litigation under NAFTA and its successor the U.S.-Mexico-Canada Agreement, as well as at the World Trade Organization.

“With these preliminary results, the U.S. Department of Commerce has indicated its intention to maintain its unjustified duties on imports of Canadian softwood lumber,” Ng said in a statement.

“Canada remains ready and willing to find solutions that allow for a return to predictable cross-border trade in softwood lumber. We are confident that a negotiated solution to this long-standing issue is in the best interests of both our countries.”

The U.S. wants Canada to address the provincial stumpage fee regime that American producers have long complained gives Canadian producers an unfair advantage – the core issue in a dispute that has persisted for decades.

Ottawa, however, insists that such a fundamental change to the way a key Crown resource is managed is not on the table.

"B.C. will always work with the federal government to stand up for the 50,000 hard-working people in our forest industry against these unwarranted duties," Ralston and Bailey said, adding the provincial government is committed to expanding markets for B.C. wood products.

A powerful 7.8 magnitude earthquake rocked wide swaths of Turkiye and Syria early Monday, toppling hundreds of buildings and killing more than 1,300 people. Hundreds were still believed to be trapped under rubble, and the toll was expected to rise as rescue workers searched mounds of wreckage in cities and towns across the area.

Experts say the outlook for the loonie in 2023 largely depends on commodity prices, how the U.S. dollar fares, and whether central banks are successful in avoiding a major recession.

BoC's first summary of deliberations coming this week. Here's what to expect

The Bank of Canada is set to publish its first summary of deliberations Wednesday, giving Canadians a peak into the governing council's reasoning behind its decision to raise interest rates last month.

Charles Kimbrough, a Tony- and Emmy-nominated actor who played a straight-laced news anchor opposite Candice Bergen on 'Murphy Brown,' died Jan. 11 in Culver City, California. He was 86.

The first battle tank from Canada destined for Ukraine lands in Poland, advocates come together to help sailors who have been stuck for months in a Quebec port, and Beyonce becomes the most decorated artist in Grammys history. Here's what you need to know to start your day.