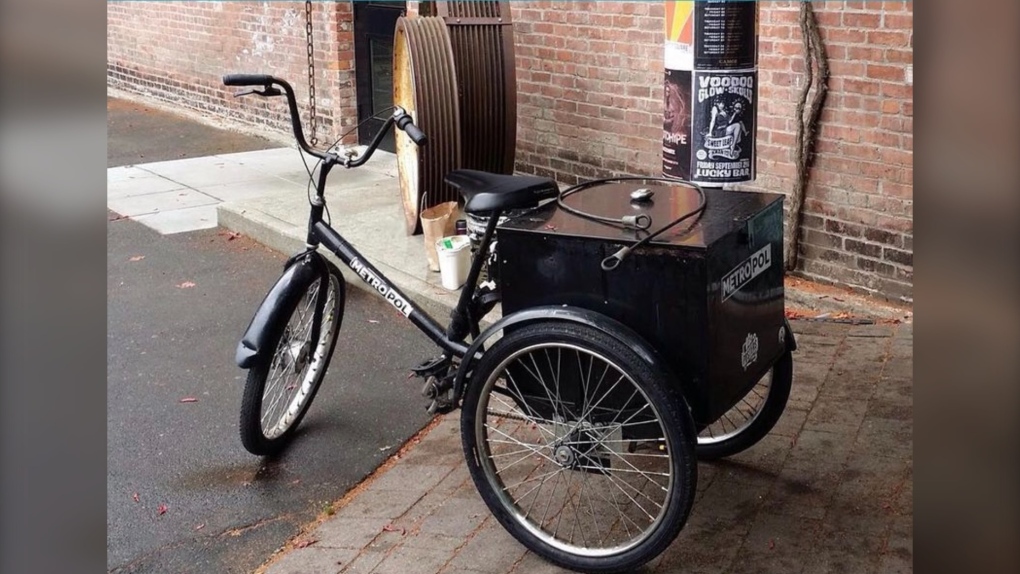 Police in B.C.'s capital are asking the public for help locating a "unique adult tricycle" that was recently stolen from a local business. (Victoria Police Department)

VANCOUVER -- Police in B.C.'s capital are asking the public for help locating a "unique adult tricycle" that was recently stolen from a local business.

The Victoria Police Department said in a news release Friday afternoon that its officers are investigating the theft, which was reported to them Thursday.

The tricycle was stolen from "a location in the 2100 block of Store Street," according to Victoria police, who added that the theft was caught on surveillance video and the company had shared images of the tricycle on its social media accounts.

While VicPD didn't name the company in its release, the social media posts in question are from Metropol Industries, a printing and graphic design company. In a still from an Instagram story shared by VicPD, the company says the theft happened at 1:35 p.m. on Tuesday, June 15.

Police describe the missing vehicle as a black Workman tricycle. It had a black box on the back and several stickers reading "Metropol" on it at the time of the theft, police said, adding that staff typically use it for putting up posters around downtown Victoria.

The investigation is ongoing. Anyone who knows where the tricycle is or has information about the theft should call VicPD's report desk at 250-995-7654, extension 1, police said.