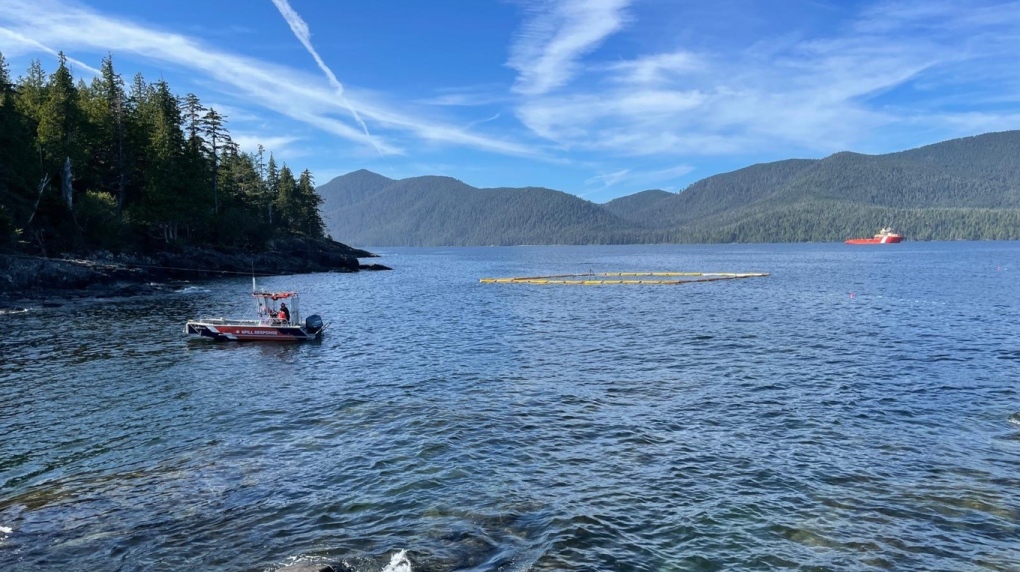 On Sept. 10, the coast guard got a call that the M.V. Island Bay was tilted and unstable on the east coast of Moresby Island in Gwaii Haanas National Park Reserve. (Canadian Coast Guard)

The Transportation Safety Board has sent a team to British Columbia's north coast to probe the sinking of a tour boat in Haida Gwaii.

A statement from the safety board says the team of investigators has been sent to Prince Rupert, where it will gather information and determine what happened.

The M.V. Island Bay went down on Sept. 10 in the shallow waters of a bay on Morseby Island in the Gwaii Haanas National Park Reserve.

The coast guard said at the time that no one had been hurt.

But it warned the “rough marine environment” had the potential to cause a diesel spill or some other damaging leak from the 13-metre vessel.

Containment booms and absorbent pads were laid down around the tour boat which is operated by Archipelago Ventures, while the boat owner arranges a salvage operation.

This report by The Canadian Press was first published Sept. 28, 2022.