'This is a shock to us still': Vic West shelter opens to campers

The shelter will house up to 60 people in individual pods, according to Our Place director Grant McKenzie.

The shelter will provide wraparound support and meals for those living there. It will have a safe consumption site, showers, laundry facilities and 24-hour security.

Neighbourhood resident Tony Young says the arrival of a shelter in the neighbourhood was a surprise.

“This is a shock to us still,” said Young, adding that the community is bracing for the worst.

“There are things that are going to happen and there’s probably going to be more criminal activity,” said Young. “Drug use and so forth and we’re concerned about that.” 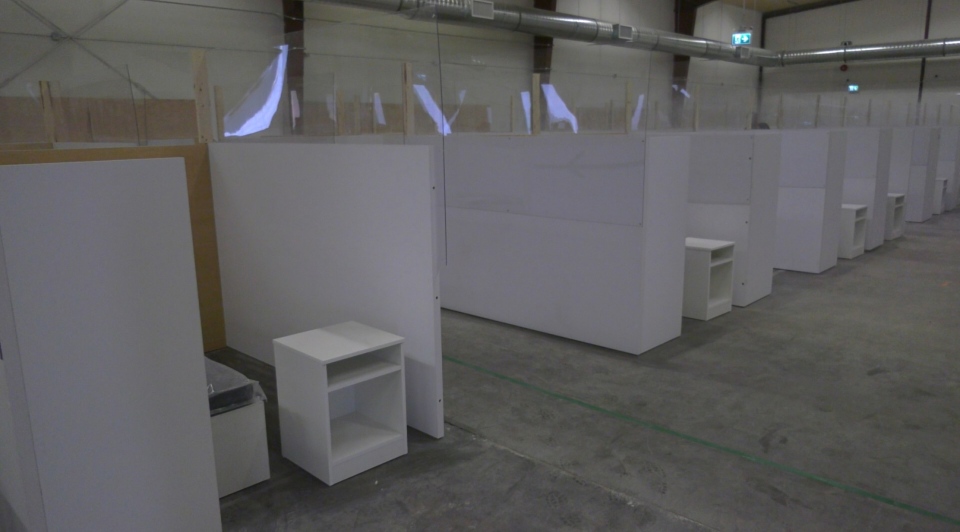 Terry Larkin has been living in Stadacona Park for about three weeks. He has a shelter spot at the former Boys and Girls Club waiting for him but the 66-year-old is not willing to go there yet, not until he gets his COVID-19 vaccine.

“Social distancing isn’t practised best in any tight area and so I’m here until I get my shot and my immunity builds up,” said Larkin. “I’ll probably be here another three weeks.”

He’s scheduled to get his vaccine on May 8. He says the majority of people living in Stadacona Park want a spot in a shelter.

“Approximately 106 people are waiting to move into shelters on Russell Street, tiny homes and a few other spaces here and there,” said Victoria Mayor Lisa Helps.

“When people are not living in parks, it doesn’t attract the kind of violence that can happen,” said Helps. “The inside opportunities can’t come soon enough from everyone’s perspective, including mine.”