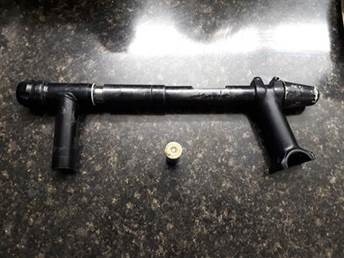 This improvised firearm, known as a zip gun, was seized by Victoria police on March 30, 2020. Police say it was found with drugs, knives and a baton in a stolen vehicle. (VicPD) 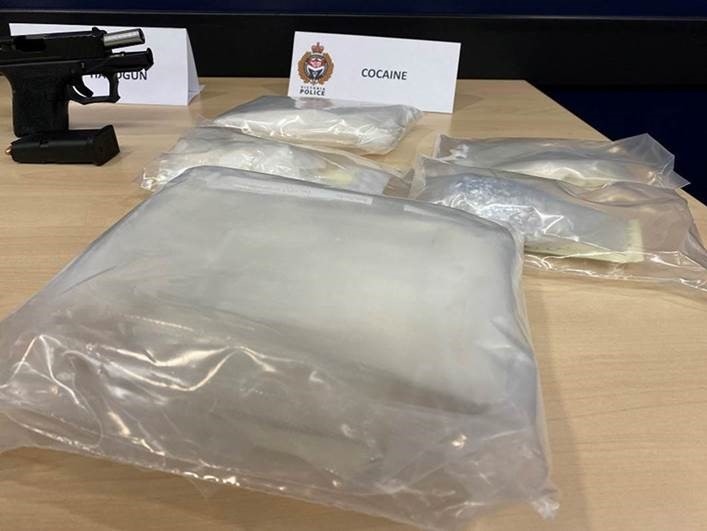