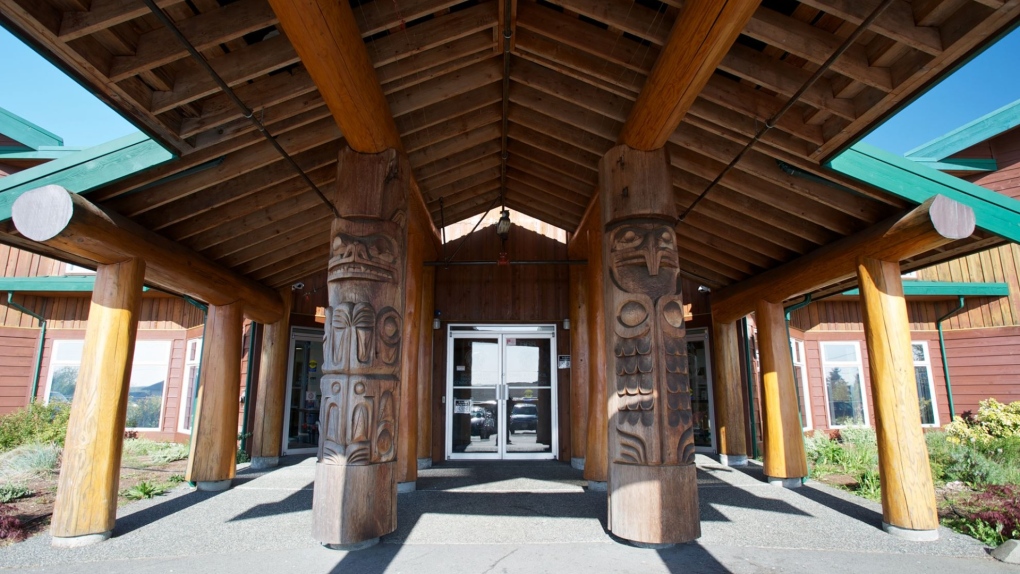 The Snuneymuxw First Nation signed a historic memorandum of understanding (MOU) on July 28 with both the provincial and federal governments, to advance reconciliation based on the affirmation and implementation of Snuneymuxw Title and Rights.

The new commitment includes a formalized recognition of the Snuneymuxw Treaty of 1854, one of the few Pre-Confederation treaties on Vancouver Island, affirmed by section 35 of Canada's Constitution.

The community was invited to witness the virtual signing of the MOU in the Snuneymuxw gymnasium on Wednesday where leadership spoke about the importance of reasserting the treaty as a way to preserve the Snuneymuxw way of life.

“For the past two years, we have come together to redefine and repurpose our relationship so that it is consistent with the solemn constitutional rights of the Snuneymuxw Treaty of 1854,” says Snuneymuxw Chief Michael Wyse.

Wyse, whose traditional name is Xumtilum, says the MOU will “forge a path for the recognition for the implementation of Snuneymuxw authority in our territory.”

With over 1,700 members, Snuneymuxw has one of the largest populations among First Nations in B.C., and one of the smallest reserve land bases, as previously reported by IndigiNews.

The new MOU includes a commitment to transfer lands acquired by Canada and B.C back to Snuneymuxw. It's part of a larger “Land Back” movement that's taking various legal, social and political forms in different nations across the country.

Parties to the Snuneymuxw agreement will prioritize negotiating “interim agreements, other arrangements and/or measures, steps, and options for access, use and transfer of lands acquired by Canada and B.C. through treaty-related measures,” the MOU states.

This includes Kensington Lands, the Armishaw Farm Property, and Dodds Narrows, as articulated in the MOU.

According to a press release by the province, the MOU formalizes a “new negotiations table,” building on prior agreements Snuneymuxw signed with Canada and B.C. in 2019 and 2020.

It also affirms the implementation of the Treaty of 1854, which was first signed when the colony of Vancouver Island wanted access to coal deposits located in Snuneymuxw's territory, according to the First Nation's website. The region was home to “the first known large deposits of coal on the west coast of the Americas,” according to the Nanaimo Museum.

“Our people provided them with food, housing, and a flourishing livelihood all of the tools needed to survive. This is the true history of our region.”

The treaty was “resurrected” in 1963 when a Snuneymuxw man, Clifford White, and David Bob of the Snaw-Naw-As First Nation, were charged with hunting out of season, prompting a 50-year legal battle known as R vs. White and Bob.

The treaty allowed for settlers to have access to the land and for Snuneymuxw to retain access to their village sites, including Stil'ilup, also known as Departure Bay.

The MOU mentions the federal and provincial governments' commitments to the implementation of the United Nations Declaration on the Rights of Indigenous Peoples (UNDRIP), namely Article 37, which states that “Indigenous Peoples have the right to the recognition, observance and enforcement of treaties, agreements and other constructive arrangements concluded with States or their successors and to have States honour and respect such treaties, agreements and other constructive arrangements.”

The three parties will explore how the British Columbia Treaty Commission process may support the self-determined interests of the Snuneymuxw First Nation, the MOU states.

The Parties will compile a list of immediate or near-term measures, milestones and targets for “resolving priority topics,” including interim measures to be implemented during the ongoing negotiations process, the MOU states.

The MOU represents “the proper foundation for a treaty relationship,” says Wyse.