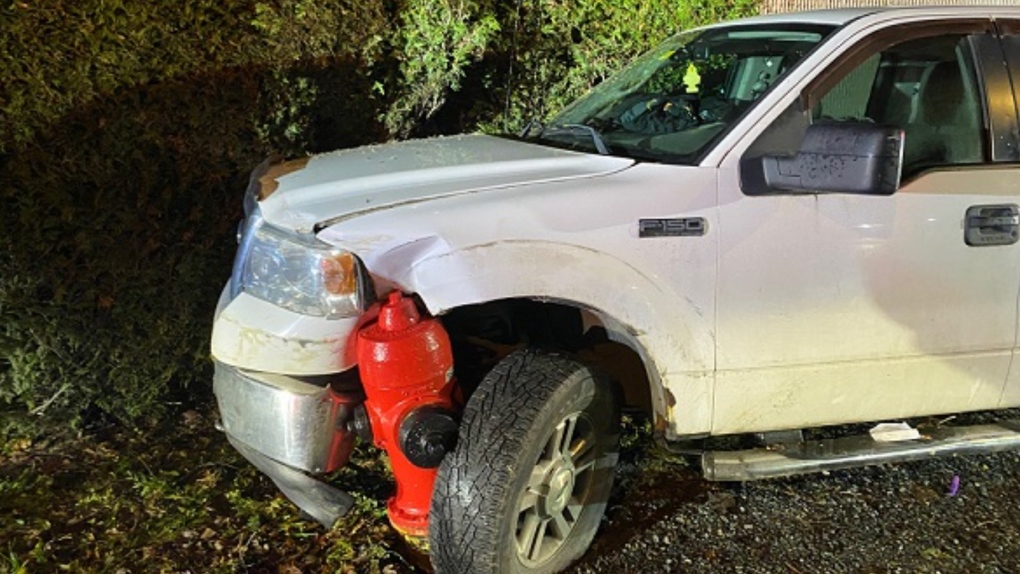 Mounties believe that a man who drove a stolen truck into a fire hydrant in Langford, B.C., on Friday morning was impaired at the time of the crash.

Police were called to the 900-block of Dunford Avenue around 1:17 a.m. by a nearby resident saying that a truck had crashed into a fire hydrant.

The caller told police that the vehicle was stuck, and that the driver was trying to free the truck from its predicament.

When officers arrived, they spotted the suspected driver walking away from the car and trying to hide in a bush, police say.

The 54-year-old man was promptly arrested, at which point officers noticed signs of alcohol impairment, according to RCMP.

Police say the Ford F-150 pickup truck involved in the crash was reported stolen out of Saanich, B.C., on Dec. 5.

Officers also found several stolen items inside of the truck, which were reported missing after a break-in occurred along the same street several hours earlier, police say.

The man has since been released from custody on several conditions until his next court date in early 2023.

Mounties say one of the conditions includes checking in with a bail supervisor.

None of the allegations have been tested in court.