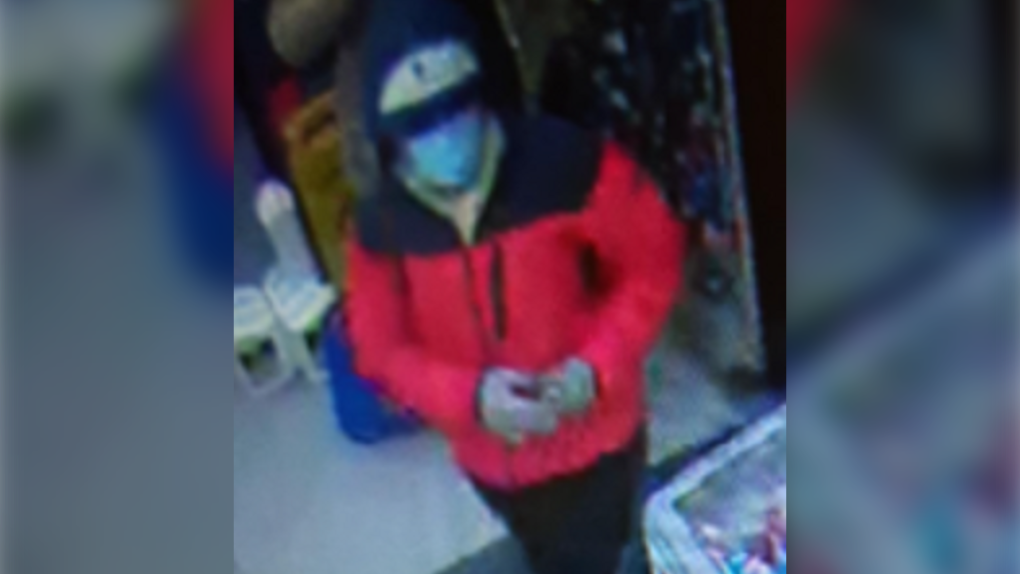 VicPD released a surveillance photo of the suspect Saturday afternoon, describing her as a white woman in her 20s with a medium build. (Victoria Police Department)

Police in Victoria are asking the public for help identifying the suspect in an armed robbery that happened at a convenience store in the city about an hour after midnight Saturday.

The Victoria Police Department said in a news release that its officers were called to the store in the 900 block of Craigflower Road shortly after 1 a.m. "after a report that a woman pointed a handgun at staff and stole money."

The woman fled the scene on foot. Police said patrol officers and a canine unit searched for her, but were unable to find her.

VicPD released a surveillance photo of the suspect Saturday afternoon, describing her as a white woman in her 20s with a medium build.

She stands approximately 5'8" tall and has blue eyes and "distinctive eyelashes," police said.

They also described her as wearing "a distinct red and black jacket with the hood up" and carrying a gold purse. She was wearing a medical mask at the time of the robbery, police said.

Anyone who recognizes the suspect or has information about the robbery is asked to call VicPD's non-emergency line. Tips can also be provided anonymously via Crime Stoppers.