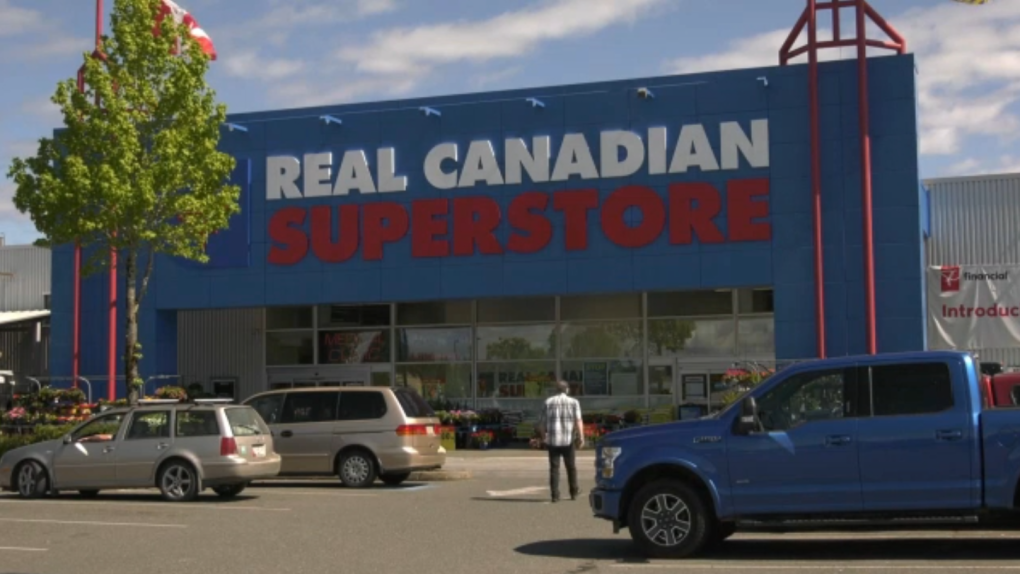 The incident happened around 9 p.m. Wednesday night in the parking lot of the Real Canadian Superstore on Island Highway. (CTV)
Vancouver -

Police in Campbell River say they have made an arrest in the case of an unprovoked stabbing that sent a woman to hospital with serious injuries earlier this week.

The incident happened around 9 p.m. Wednesday night in the parking lot of the Real Canadian Superstore on Island Highway.

Investigators said a woman in her 40s was approached by a stranger, who pulled out a knife and stabbed her several times.

On Saturday, Campbell River RCMP said in a news release that 37-year-old Damien Soroczynski had been arrested in relation to the incident.

Soroczynski has a criminal record in Ontario, is not from Campbell River and is "relatively new to the area," according to RCMP.

Police said he has been charged with attempted murder and aggravated assault, and is scheduled to appear in provincial court on Tuesday, June 8.

“We hope that people in the community can feel a little more at ease now that Soroczynski is in custody," said Campbell River RCMP spokesperson Const. Maury Tyre, in the release.

"We also would like to wish the victim in this matter all the best in her recovery from the injuries sustained, both physical and mental," Tyre added.

CTV News' Decision Desk has declared the Liberals will win the 2021 federal election, with a minority government. Liberal Leader Justin Trudeau will maintain power, at a pivotal time in the pandemic.

Follow the CTVNews.ca live blog for real-time updates, analysis and 2021 federal election results as they come in. We will also feature updates from the headquarters of every major federal party, as well as dispatches from CTV News reporters in ridings across different parts of the country.

Follow our CTVNews.ca Truth Tracker live blog for real-time analysis, as we keep an eye on instances of voting irregularities as well as election night misinformation spread through social media.

With about 1 million voters sending in their 2021 ballots by mail, Canadians may have to wait longer than usual to find out who will form the next government.

The collision happened at the voting station at the Sunshine Academy at 65 Sunshine St.

Canada-U.S. border impact uncertain after U.S. says foreign visitors will have to be vaccinated

U.S. President Joe Biden's administration has announced its first clear indication that it is preparing to ease travel restrictions first imposed in March 2020, but details are in short supply, including how the new policy will specifically impact travel at the Canada-U.S. land border, where non-essential visitors remain prohibited from crossing.

New report suggests 75 per cent of dementia cases are undiagnosed, with 'tsunami' of new diagnoses on the horizon

According to a new report looking at Alzheimer’s disease and dementia worldwide, around 75 per cent of all dementia cases are undiagnosed — and due to advancements in treatments and testing, there could be a 'tsunami of demand' for diagnosis in the next few years.

Prince Andrew has been served in the United States with a sexual assault lawsuit by a woman who said his conduct occurred around when his friend Jeffrey Epstein was sexually abusing her, court papers show.