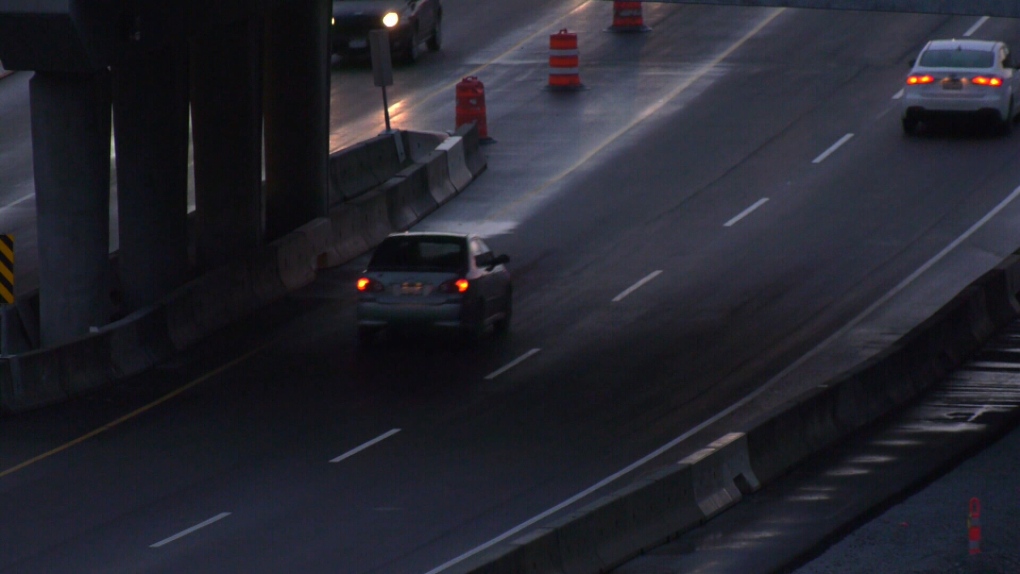 Once complete, the new interchange is expected to save drivers approximately 20 minutes on their commute.

Two major elements of the Highway 1 project are now open, including an exit loop ramp, which opened in August, and the introduction of free-flowing traffic along the highway, which opened in December, 2019.

A two-lane on-ramp from McKenzie Avenue to Highway 1 heading north also opened, doubling the capacity of the previous single-lane on-ramp which was in the area before.

The province says that work on new priority bus lanes, a stormwater treatment pond and final landscaping in the area will continue this fall.

“The traffic congestion at this intersection had long been a source of frustration,” said Claire Trevena, B.C.’s Minister of Transportation and Infrastructure in a statement Friday.

“People are now saving time on their commutes, and transit users and those who cycle are also benefiting from improvements made.”

According to the B.C. government, the McKenzie Interchange was previously considered the worst traffic bottleneck in the province, outside of the Lower Mainland.

Once the project is complete, commuters are expected to save approximately 20 minutes in travel time.

For cyclists and pedestrians, a new Galloping Goose Trail Bridge has been installed that crosses McKenzie Avenue near the highway. The province sys the new trail bridge “significantly improves safety” for both active transportation users and drivers.

The McKenzie Interchange project began construction in 2016. It was originally scheduled to complete by late 2018. It is now slated to complete later this year at a cost of $96 million.

“These improvements do more than move cars,” said Colwood Mayor Rob Martin in a statement Friday. “They allow people to spend less time in traffic and more time with their families and enjoying other activities that promote well-being.”