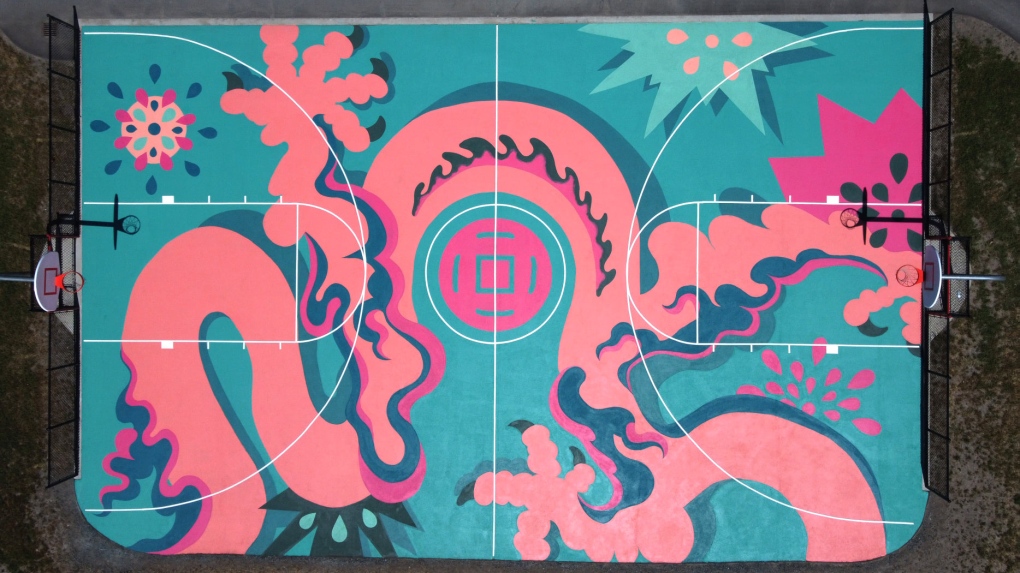 The newly painted basketball court at Horner Park in Saanich is shown: (We The West Basketball Festival / Facebook)
Victoria -

A basketball court in Saanich received a vibrant new paint job, as part of a project planned by the We the West Basketball Festival.

The newly redesigned court at Horner Park was painted by Vancouver artist Rachel Wada, who is originally from Japan and Hong Kong.

The mural is meant to represent a dragon, which is a celebrated figure in East Asian culture.

"Home to Canada’s first and oldest Chinatown, I wanted to celebrate the rich cultural history of the Chinese community in Greater Victoria with a contemporary and vibrant design that is engaging and culturally specific," Wada told We the West.

"With the recent surge in anti-Asian hate crimes during the COVID-19 pandemic, I wanted to empower and bolden Asian culture and identities, to showcase their strength and resilience, much like a dragon," she said. 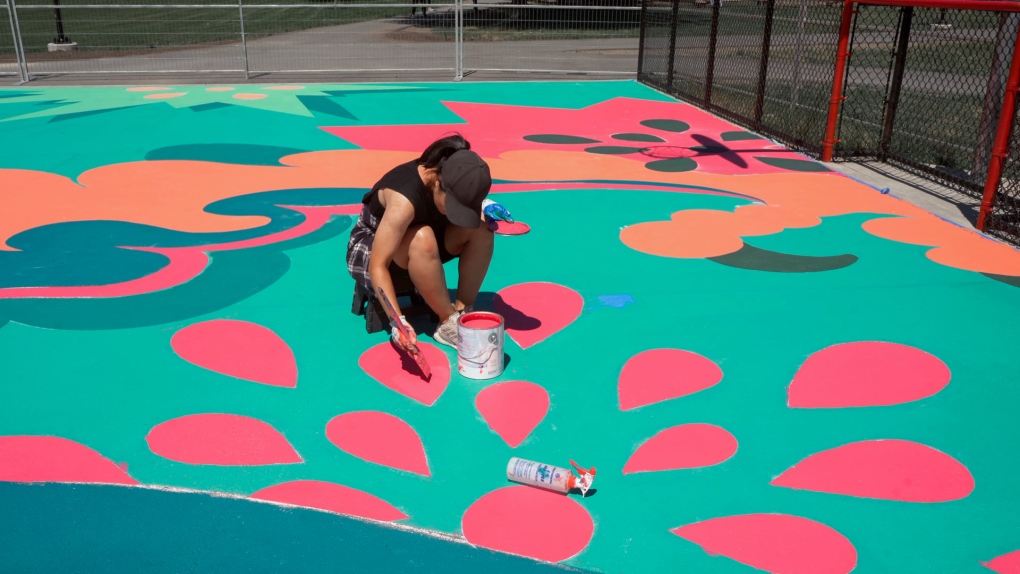 The newly painted basketball court at Horner Park in Saanich is shown: (We The West Basketball Festival / Facebook)

The Horner Park basketball court mural is just the first of 10 that are planned for parks around the Capital Regional District.

We the West hopes that the new paint jobs will reignite a passion for the sport and the public spaces that the courts are found in.

The We the West Basketball Festival is currently underway in Greater Victoria. The festival is a "decentralized celebration of basketball, music, and art," according to the organization, and is hoping to have a positive effect on the city's social, economic, and sports development as the COVID-19 pandemic winds down.

The original festival was going to have more in-person events to coincide with the FIBA Olympic Qualifying basketball tournament – scheduled to begin in Victoria on June 29 – before the COVID-19 pandemic occurred.

Currently, no spectators are allowed to watch the international basketball tournament, but organizers are hoping fans will be permitted starting July 1, if B.C. enters Step 3 of its restart plan on that date.

The thrill is clearly gone in having Justin Trudeau as Canada's 23rd prime minister, Don Martin writes in an exclusive column for CTVNews.ca.

TRUTH TRACKER | Could a Conservative government close the border at Roxham Road?

In a video posted to his Twitter account Monday, Conservative Leader Erin O'Toole, in French, pledged to close the land border crossing at Roxham Road in Quebec where he says 'thousands of people crossed the border illegally' – a pledge experts say is complicated and misleading.

'We need to bend that curve': Alberta could transfer ICU patients to Ontario as hospitalizations near 900