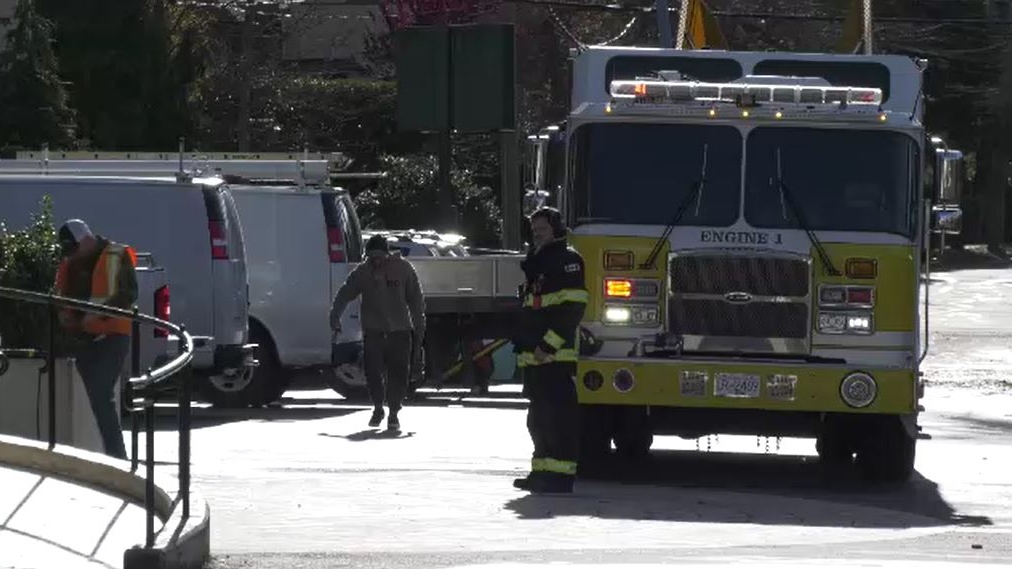 Firefighters responded to Central Middle School at 1280 Fort Street when the school's fire alarm went off around 11:15 a.m. (CTV News)

A Victoria middle school sustained water damage Monday, prompting students to be dismissed early, after a fire in a bathroom set off the school's sprinkler system.

Firefighters responded to Central Middle School at 1280 Fort Street when the school's fire alarm went off around 11:15 a.m.

"When we arrived the principal came and told us there was a small fire going in the bathroom so by the time we got into the unit the sprinkler had released and put it out," said Victoria fire Capt. Tim Hanley, adding it was the paper towel dispenser that had caught fire.

"It was quite a bit of water throughout all the second floor, dripping down into the first floor."

The school was evacuated while firefighters assessed the scene.

"Students and staff have been cleared to return to the school’s gymnasium," Greater Victoria School District spokesperson Lisa McPhail said in a notice to parents provided to CTV News.

"However, due to some water damage caused by sprinklers, the school is planning for an early dismissal."

McPhail said teachers would contact parents for permission to dismiss children early. If a guardian cannot be reached the student will remain at school until the regular dismissal time at 2:45 p.m., she said.

Harry Styles won album of the year at Sunday's Grammy Awards, taking home the top honour on a night that Beyoncé dominated and became the ceremony's most decorated artist. Beyonce won her 32nd award, breaking a 26-year-old record. But as in years past, the album of the year honour eluded her.

A powerful 7.8 magnitude earthquake hit southeast Turkiye and Syria early Monday, toppling buildings and sending panicked residents pouring outside in a cold winter night. At least 100 were killed, and the toll was expected to rise.