Stowaway marmot believed to have hitched ride to Victoria from B.C. mainland

Stowaway marmot believed to have hitched ride to Victoria from B.C. mainland 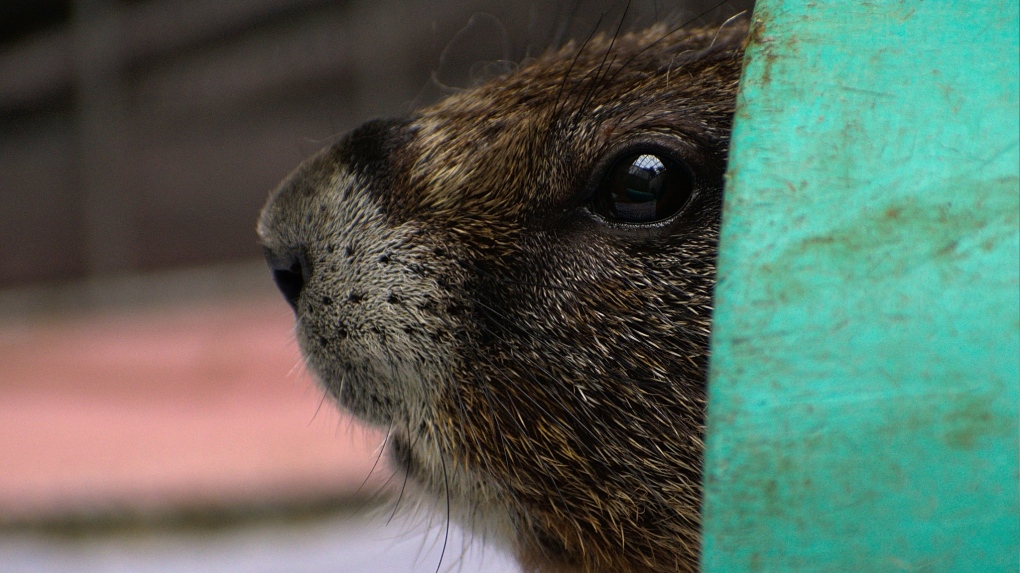 The yellow-bellied marmot is believed to have been hiding in the engine compartment of a car when the vehicle travelled to Vancouver Island. (Wild ARC)

A stowaway from British Columbia's Lower Mainland is now in the care of the B.C. SPCA's Wild Animal Rehabilitation Centre (Wild ARC) after hitchhiking a ride to Victoria last month.

The yellow-bellied marmot is believed to have been hiding in the engine compartment of a car when the vehicle travelled to Vancouver Island.

The furry rodent was found scurrying around in Saanich, B.C., before it was captured by conservation officers on May 30.

The animal was turned over to staff at Wild ARC in Metchosin, B.C., for care.

The animal had a lesion on its leg, likely a "burn from being inside the engine while it was running," said Wild ARC manager Ginelle Smith.

"He was in pretty good shape besides that. He has a very healthy appetite, he likes to eat yams and romaine lettuce and carrots and things like that," Smith said.

Yellow-bellied marmots are not naturally found on Vancouver Island and can pose both territorial and disease risks to the island’s native and endangered population, the Vancouver Island marmot, according to the rehab centre.

The animal will be released back to conservation officers and returned to the Lower Mainland, according to Wild ARC.

It isn't the first time that a yellow-bellied marmot is believed to have hitched a ride to the island.

A marmot named Roger has lived on the grounds of Victoria's Fairmont Empress hotel since 2008, when he is believed to have come over from the mainland.

The Wild ARC manager says the latest hitchhiking marmot is the fourth in the last two years.

Mere months after a judge handed down a verdict in the Johnny Depp-Amber Heard defamation trial, the courtroom drama has been adapted into a film by streaming service Tubi called 'Hot Take: The Depp/Heard Trial.'