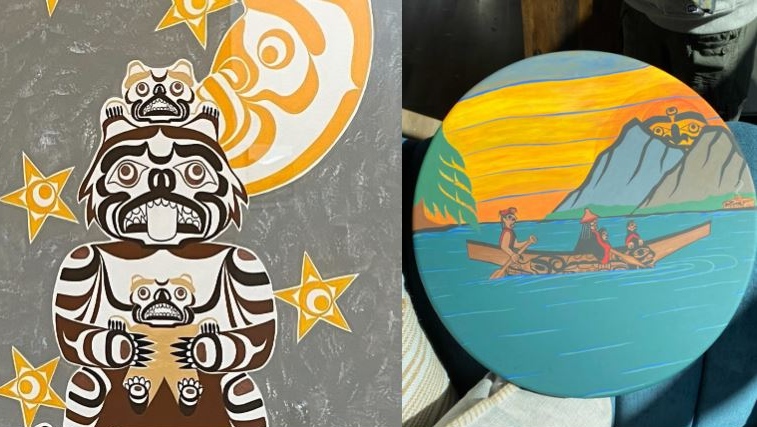 Police say the pieces can be turned in at the Campbell River RCMP station, no questions asked. (Submitted/RCMP)

Mounties on Vancouver Island are asking for the public's help finding a pair of artworks that were stolen from a charity in Campbell River, B.C.

The pieces were taken some time over the long weekend and include a framed print and a hand-painted drum.

"At this point in time, we're hoping that the thieves can redirect their moral compass, as the charity is really just trying to get its art back," said Campbell River RCMP spokesperson Const. Maury Tyre in a statement Thursday.

Police say the pieces can be turned in at the Campbell River RCMP station, no questions asked.

"If it comes down to the police completing the investigation and finding someone in possession of the missing pieces of art, charges could end up being sought for possession of property obtained by crime," Tyre said.

Anyone with information about the theft or the whereabouts of the artworks is asked to call the Campbell River RCMP at 250-286-6221.