'Somebody knows what happened to Belinda': Victoria police appeal for information in 2005 homicide investigation 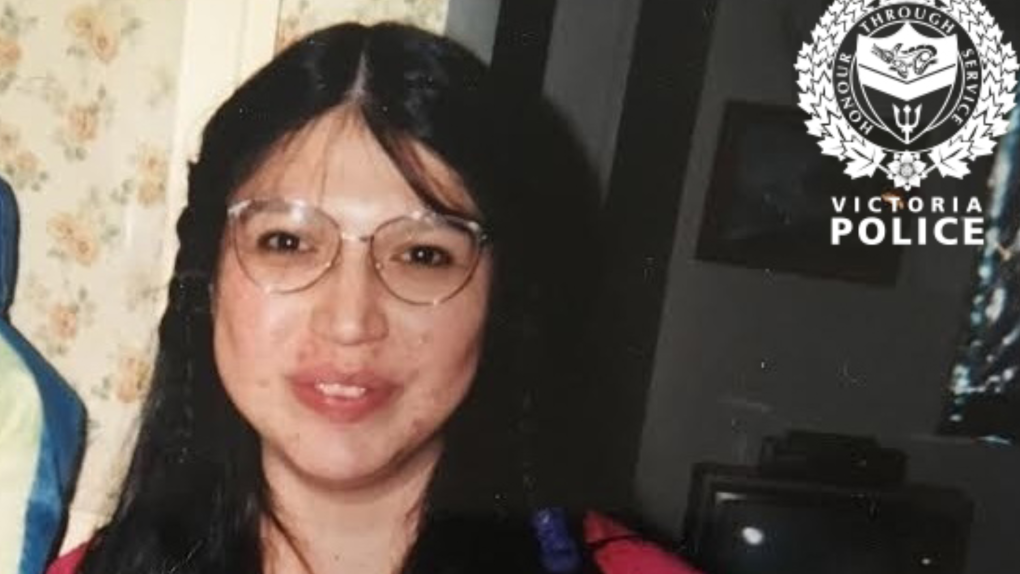 Police in Victoria are renewing a call for information in the case of a missing mother of two whose disappearance 17 years ago is being investigated as a homicide.

Belinda Ann Cameron was last seen on May 11, 2005, at a Shoppers Drug Mart in the 800-block of Esquimalt Road.

Investigators say they're renewing the call for information now as part of the National Day of Awareness for Missing and Murdered Indigenous Women and Girls.

"On this national day where we at VicPD both recognize and remember all Indigenous women, girls and two-spirit people who have gone missing or have been murdered, as well as honour their families, loved ones and communities, we are continuing our search for Belinda in our effort to help her family find answers," the Victoria Police Department said in a statement Thursday.

Cameron, a mother of two girls, was the subject of a series of searches in the wake of her disappearance.

"Belinda’s daughters are now adults and are seeking to understand their mother’s disappearance," police said. "Our detectives are committed to bringing closure to Belinda’s family and believe that somebody knows what happened to Belinda."

At the time she was last seen, Cameron was 42 years old and was described as an Indigenous woman who stood five feet, eight inches tall with a medium to large build, weighing approximately 170 pounds.

Cameron had long, dark-brown hair that she wore parted in the middle, and dark-brown eyes. She wore silver-framed glasses at the time.

Police believe Cameron met with foul play and was the victim of a homicide, investigators said.

Anyone with information on her case is asked to call the Victoria police's historical case review office at 250-995-7390, or call Greater Victoria Crime Stoppers anonymously at 1-800-222-8477.