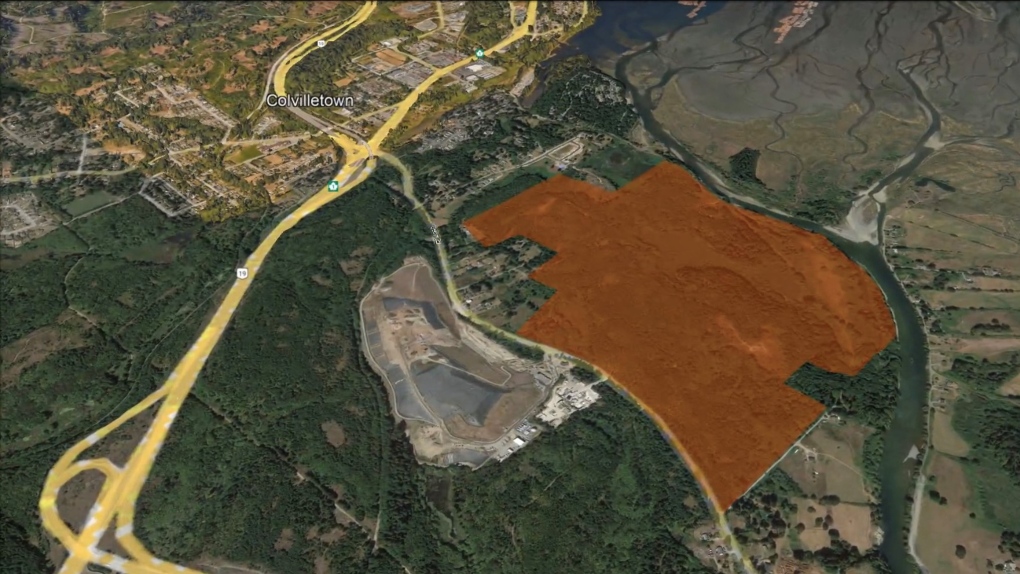 The Snuneymuxw First Nation and a private developer have come to an agreement to potentially reacquire 263 acres of land for the Snuneymuxw people.

The agreement, called a recognition, cooperation and mutual benefit agreement, was signed by the First Nation and Seacliff Properties at event Wednesday morning at the Snuneymuxw council chambers.

Seacliff Properties, which currently owns the land, is in the process of developing a 726-acre mixed-use development, called Sandstone, in Nanaimo’s south end.

“It’s not always about the last dollar. It’s about having a conscience and doing the right thing,” says Jeany Lee, director of asset management and acquisitions for Seacliff Properties.

“We were presented the opportunity to work with Snuneymuxw. We certainly thought it was a good fit and the right thing to do,” added Lee. 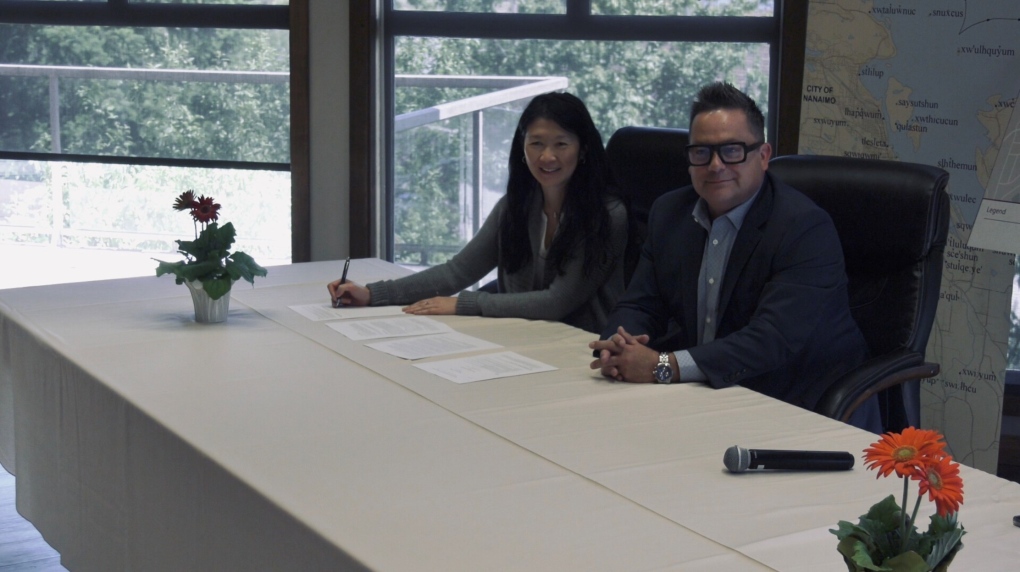 The agreement is contingent, however, on a few things getting approval from Nanaimo city council.

Eighty-eight acres of the 263 acres of land will be given to Snuneymuxw First Nation upon an official community plan getting approval.

If the rezoning application for the Sandstone project is successful, another 25 acres will also be put forth, along with an option to purchase an additional 150 acres.

"It’s even more important that Snuneymuxw see the return of lands. The loss of their lands was the loss of everything to them and this is a tremendous step forward," he added.

The 263-acre parcel of land runs along Cedar Road, adjacent to the Nanaimo Regional District landfill.

It's unclear what Snuneymuxw will do with the land but it could be used for parks and recreation, agriculture and housing.

“Chief [Mike] Wyse and council have always wanted to get people home to have somewhere to live and right now we can’t provide that opportunity," said Yoachim.

Snuneymuxw currently has between 700 to 800 acres of land with a population of approximately 2,000 people, 700 of whom live on Snuneymuxw territory.

Canada to upgrade Latvia battlegroup to a brigade, boost number of troops

Canada has signed an agreement to upgrade the 2,000-soldier battlegroup it leads in Latvia to a brigade, boosting the number of troops and pledging to lead it for at least the next five years.

Through the use of MRI technology and spearheaded by researchers at Western University, the cause of long COVID symptoms have been identified for the first time.

More than half of flights at some Canadian airports getting cancelled, delayed: data

Recent data shows more than half of all flights from some of Canada's major airports are being cancelled or delayed, as frustrations for travellers mount due in part to increased summer travel and not enough airport staff.

NATO calls Russia its 'most significant and direct threat'

NATO declared Russia the 'most significant and direct threat' to its members' peace and security on Wednesday and vowed to strengthen support for Ukraine, even as that country's leader chided the alliance for not doing more to help it defeat Moscow.

Access to mental health services is taking a hit in Newfoundland and Labrador as psychologists in the province continue to leave the public system en masse.