Snowfall warnings issued for all of Vancouver Island, up to 20 cm expected inland 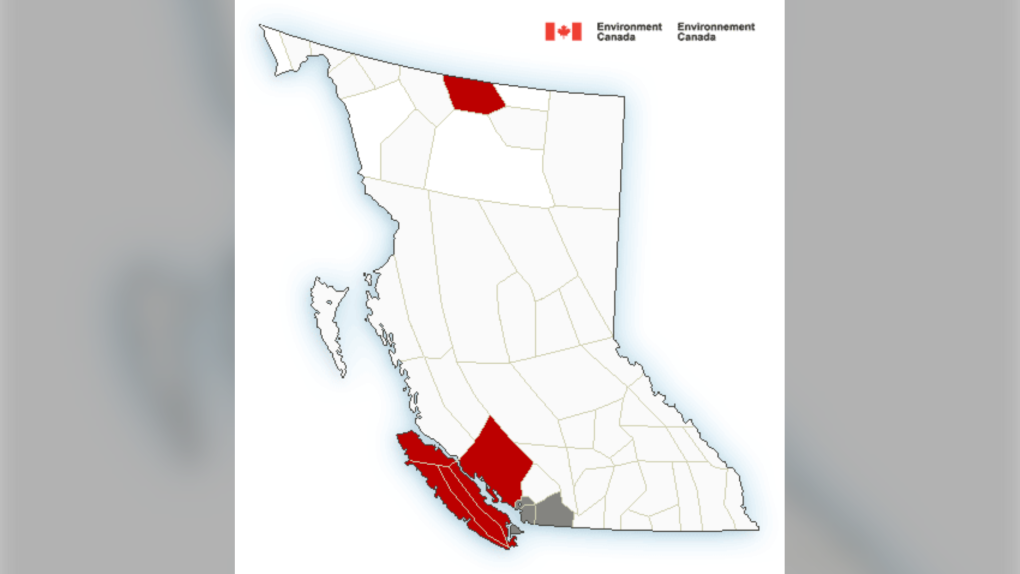 Environment and Climate Change Canada has updated its forecast for Vancouver Island, and is now warning residents that Sunday night's snowfall could be more significant than previously expected.

Environment and Climate Change Canada has updated its forecast for Vancouver Island, and is now warning residents that Sunday night's snowfall could be more significant than previously expected.

On Saturday, the weather agency issued special weather statements for most of the island and the South Coast of the mainland, saying between two and 10 centimetres of accumulation were possible by Monday morning.

By Sunday, Environment Canada had revised its statements into snowfall warnings for every region of the island - though the only part of Greater Victoria subject to the warnings was the Malahat Highway from Goldstream to Mill Bay.

The weather agency says snowfall amounts between five and 10 centimetres are now expected near the water, with accumulations of 10 to 15 centimetres away from the water, and 15 to 20 centimetres in the region Environment Canada defines as "Inland Vancouver Island."

"Over Inland Vancouver Island, the snow will begin this evening and intensify overnight and continue throughout the day on Monday," the snowfall warning for the region reads.

"Total snowfall accumulations of about 15 to 20 cm is expected by Monday afternoon."

In other parts of the island, the snow is expected to turn to rain mixed with wet snow Monday morning, according to Environment Canada.

"A strong frontal system from the Pacific coupling with cold surface temperatures will bring snow to Vancouver Island tonight and into Monday," the agency said.

"Be prepared to adjust your driving with changing road conditions. Prepare for quickly changing and deteriorating travel conditions. There may be a significant impact on rush hour traffic in urban areas."