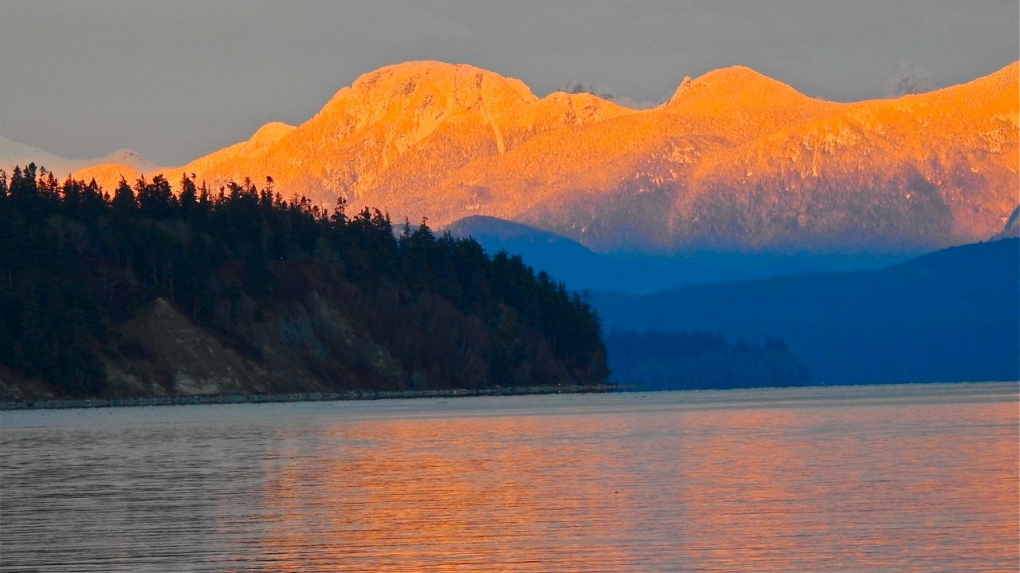 A large swath of Vancouver Island is in for heavy snowfall Friday night.

Environment Canada has issued a snowfall warning for eastern Vancouver Island, focused especially on the communities of Courtenay and Campbell River, B.C.

Up to 10 centimetres are forecast Friday night and into Saturday morning as a low-pressure system moves over the region.

"Precipitation will start as rain this afternoon then become mixed with snow at sea level this evening," the weather office said.

"Over higher elevations, rain will change to snow this evening as precipitation rates increase and snow levels lower."

The falling snow is expected to change back to rain on Saturday.

"Visibility may be suddenly reduced at times in heavy snow. If visibility is reduced while driving, turn on your lights and maintain a safe following distance."

Road maintenance contractor Mainroad issued its own alert Friday, saying work crews will be patrolling highways in the northern and eastern sections of the island this weekend to clear snow and ice until the storm passes.

Environment Canada has also issued a wind warning for the Greater Victoria area on Friday.

Wind gusts between 70 km/h and 90 km/h are expected in the region beginning late Friday afternoon.

The strong winds will persist overnight until easing early Saturday morning, according to the weather office.

Environment Canada is warning residents that tree branches and other debris may be tossed during the windstorm.

The weather office is also urging beachgoers to be cautious Saturday morning.

"In addition to the very strong winds, this event will also coincide with local high tides at 10 a.m. on Saturday," said Environment Canada in a statement.

"The combined force of the two could create a high water level situation along beaches affecting coastal walkways and debris washing further up the shoreline."

Canada's health care system is not working as well as it should and that has to change, Prime Minister Justin Trudeau said Tuesday as he prepared to meet the premiers to work on a new health-care funding deal.

Search teams and emergency aid from around the world poured into Turkiye and Syria on Tuesday as rescuers working in freezing temperatures dug, sometimes with their bare hands, through the remains of buildings flattened by a magnitude 7.8 earthquake. The death toll soared above 5,000 and was still expected to rise.

A former London police officer was sentenced Tuesday to life in prison with a minimum term of 30 years for raping and sexually assaulting a dozen women over a 17-year period.

Exoplanet 31 light years away could be habitable: astronomers

Astronomers have discovered a rocky exoplanet about a few dozen light years away from Earth with conditions that could make it habitable.

John Benoit of West Jeddore, N.S., says he has been beachcombing for over 50 years, but his most recent discovery -- a Killick anchor -- is by far his most memorable.