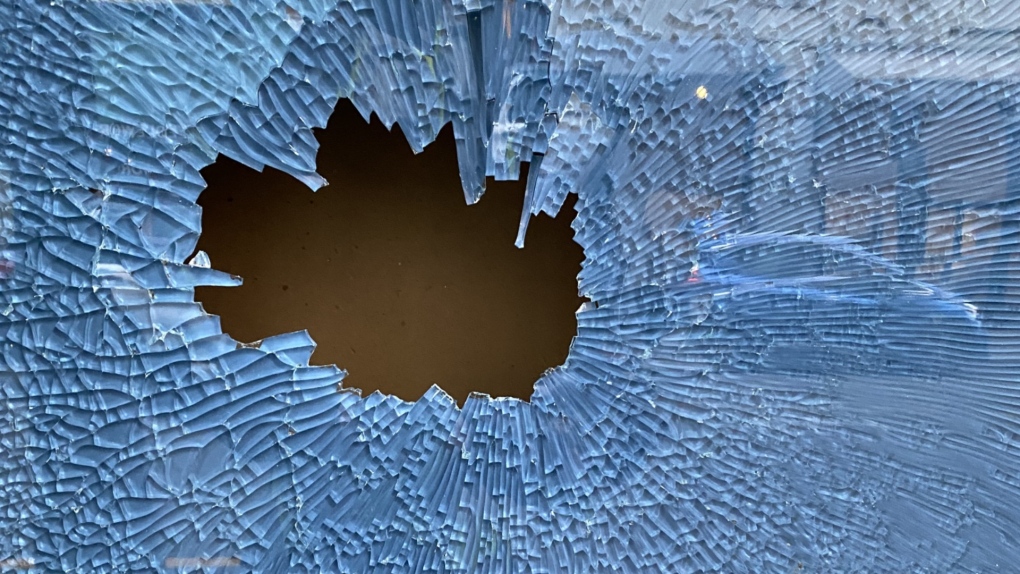 A vehicle is reflected in broken glass in downtown Victoria in this photo shared by VicPD.

After nine weeks of dealing with violence and vandalism committed by "groups of youths" gathering in downtown Victoria on weekends, police in the provincial capital say things appear to have calmed down.

As of Friday, the city had gone two weeks without any incidents associated with such groups, according to a news release from the Victoria Police Department.

"VicPD’s Youth Violence and Vandalism Interdiction and Engagement Response Team has seen a significant decline in calls for violence or vandalism associated with groups of youths gathering in downtown Victoria," the department said in the release.

Police first publicly sounded the alarm about "ongoing youth violence" in the city on May 12, but they had already been dealing with issues for several weeks at that point.

At the time, VicPD blamed the surge in calls on "youth from surrounding municipalities" who had been going to downtown Victoria on Friday and Saturday nights "to consume alcohol and drugs."

Police responded with increased patrols, the exploits of which they shared on Twitter with the hashtag #VicPDLive. They also reached out to local school districts, student and parent groups and other police agencies in the capital region in hopes of addressing the issue.

Over the nine weeks of incidents, Victoria police launched 60 investigations and made 24 arrests for offences including public intoxication, possession of weapons, assault, assault with a weapon, and mischief.

Among the calls police responded to were several random attacks, a "bear spray fight," broken windows and graffiti.