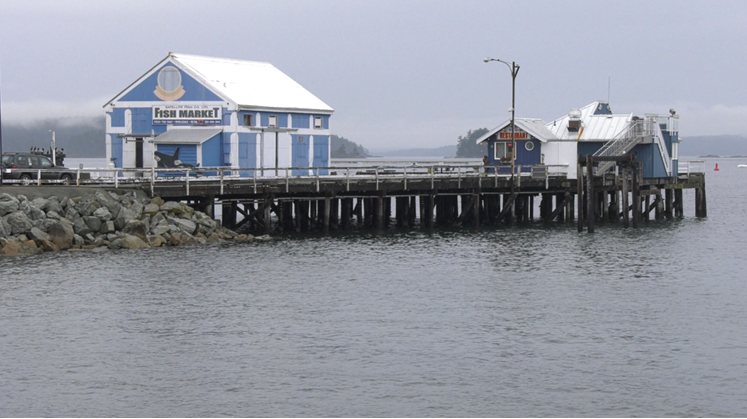 For more than a century, a wharf has stood at the bottom of Beacon Avenue in Sidney, B.C. Now, with the current wharf over 60 years old, the municipality is considering whether to replace or demolish the aging structure.

A recent engineering report found the aging pier will require a major investment to extend its life past 2028.

The current wharf saw its last major renovation more than 60 years ago. Sidney’s Mayor says more than $400,000 has been spent to maintain the wharf and keep it safe since it was acquired from the federal government in 2006.

"Condition assessments over the last 10 years and spending more than $400,000 indicates that it is nearing the end of its life and can’t be maintained at that level of maintenance," said Sidney Mayor Cliff McNeil-Smith.

"We have five to eight years left in the current wharf, estimated,” he said. "Council fully appreciates that the wharf is iconic and special in our community and we wanted to start the process early and take the necessary time to consider the future of the wharf with input from the community."

McNeil-Smith says the preliminary options being considered for the site are: a wharf on a pile structure – similar to the current wharf, a wharf on a "rubble mound" structure, and an option for a floating wharf.

He says a fourth option being considered is demolishing and not replacing the more than six-decades-old structure.

"We know we have to take into account climate change, rising sea levels and storm surges," said McNeil-Smith.

"The current design, or the 'rumble mound' structure, would require (the wharf) to be over two metres higher than it currently is," he said. "Council doesn’t really feel that’s compatible with the adjacent uses, so we’ve considered the floating option and the option of no replacement."

McNeil-Smith says the estimated cost for the remaining floating wharf option could range between $10- to $17 million.

Due to the iconic status of the historic Beacon Avenue Wharf and estimated cost of replacing it, the town has just finished a considerable round of public consultation.

"The community engagement was significant – we had open houses here at (Beacon Park), we had a community survey, and we had a special edition of our 'Town Talk' with lots of information," said McNeil-Smith.

"We’ve seen over 1,000 (survey) responses and all of the individual responses will come before council," he added.

The mayor says town staff are reviewing the responses and will provide a report to town council at a meeting in November. He says council is not up against a deadline to make a decision on the future of the wharf.

"We haven’t set a specific time," said McNeil-Smith. "We wanted to start the process early and take the necessary time."

"We need to plan ahead because if the current structure would have to be removed, we might have to get approvals with regards to building on the water and so it could take some time to put the future in place," he said.

McNeil-Smith says the town does not currently have a replacement fund for the Beacon Wharf. He says should an option be chosen to demolish or replace the existing wharf, the town would need to borrow the funds.

"If there was support for a particular option and we went to borrowing, the community would actually have input on us approving that borrowing," said the mayor. "We appreciate that it's part of our small town, part of our seaside character – has been for decades now – but this investment will be to build for the next 50 years."

More information on the Beacon Wharf replacement project can be found on the Town of Sidney website.