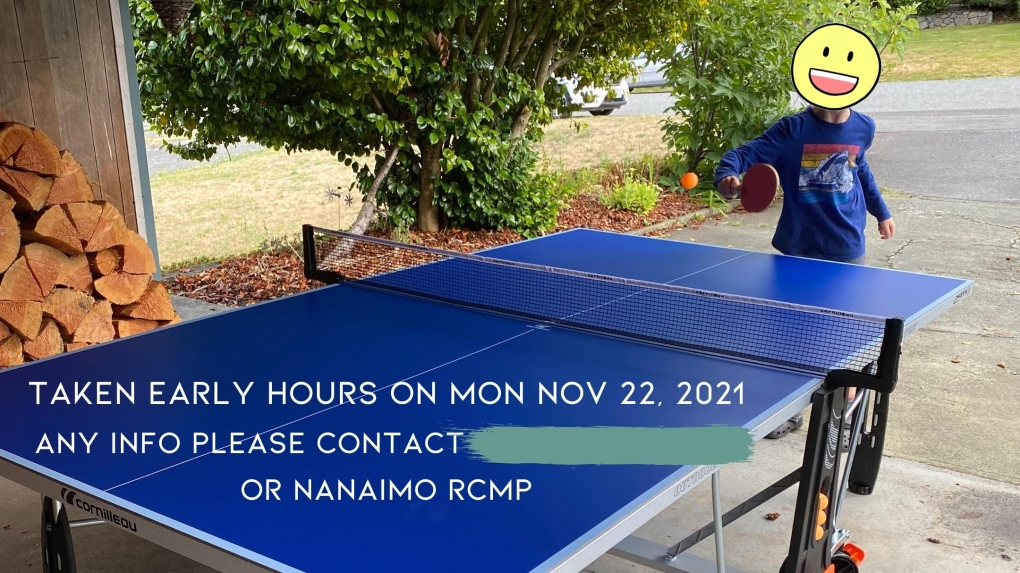 Nanaimo RCMP say several stolen items, including a motorcycle and three cellphones, were recovered on Tuesday after police started a search for a stolen ping pong table.

The search began on Monday after a Nanaimo family reported their prized ping pong table was stolen.

"It was our saving grace and provided countless hours of family time and enjoyment," the owners said of the table, which was purchased during the pandemic, according to Nanaimo RCMP.

The owners appealed to the local community to help find the stolen ping pong table, and soon after tips began to arrive to police from social media.

Mounties say they were pointed to a home that is "well known to local officers" and by Tuesday police had received a search warrant to investigate the property.

Police then searched the home and found several stolen items inside, including a shotgun that was not loaded.

Four people were inside the house at the time of the search, and two people – a man and a woman in their late 40's – were arrested for charges of possession of stolen property.

Police say the owners of the ping pong table are happy to be reunited with something that gives them a bit of an escape from the pandemic.

"We play multiple times each week and it provided many hours of fun while we hung out at home," said the family.

"We are so grateful for the RCMP for helping retrieve our COVID ping pong table."