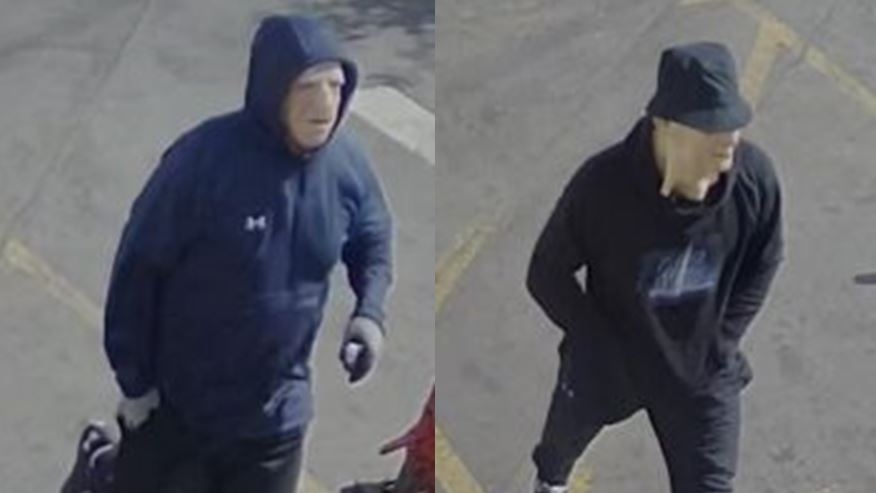 Saanich police are searching for these two individuals who reportedly robbed a local business. (Saanich Police)

Saanich police are on the lookout for a pair of masked robbers who allegedly assaulted "at least one staff member" at a local business on Wednesday evening.

Police say the robbery occurred around 5 p.m. at a bottle-sorting business in the 3900-block of Quadra Street.

Two individuals walked into the store wearing "Halloween-style masks" and assaulted at least one worker as they grabbed a cash register, police say.

A worker chased the pair as they ran out of the store, prompting one suspect to turn and pepper spray the worker, according to Saanich police.

The masked pair then fled the area on foot and were last seen heading south on Quadra Street. Saanich police say officers and a police dog searched the area but could not find the pair Wednesday.

Witnesses told police that the suspects arrived at the business in a grey Honda Civic hatchback, which was parked in the store's parking lot. The vehicle has since been seized by police as part of the investigation.

Investigators are now searching for the pair, and are combing through surveillance video from nearby businesses, police say.

The first suspect is described as 20 to 30 years old. They were wearing a black hooded sweater and black sweatpants at the time. 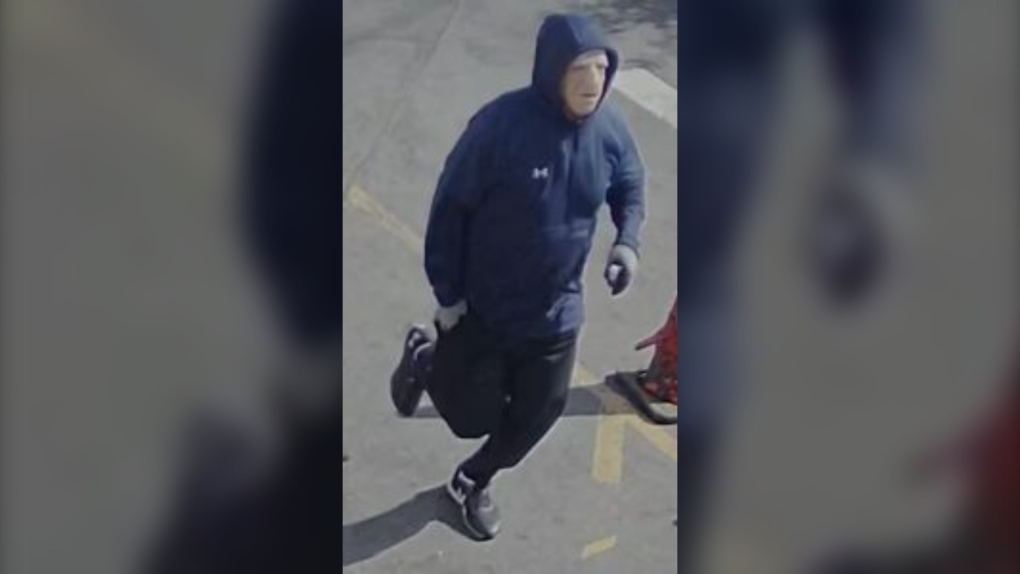 Saanich police are searching for this individual who robbed a local business. (Saanich Police)
The second suspect is described as someone 20 to 30 years old who was wearing a black bucket hat, a black hoodie, black gloves and black pants. 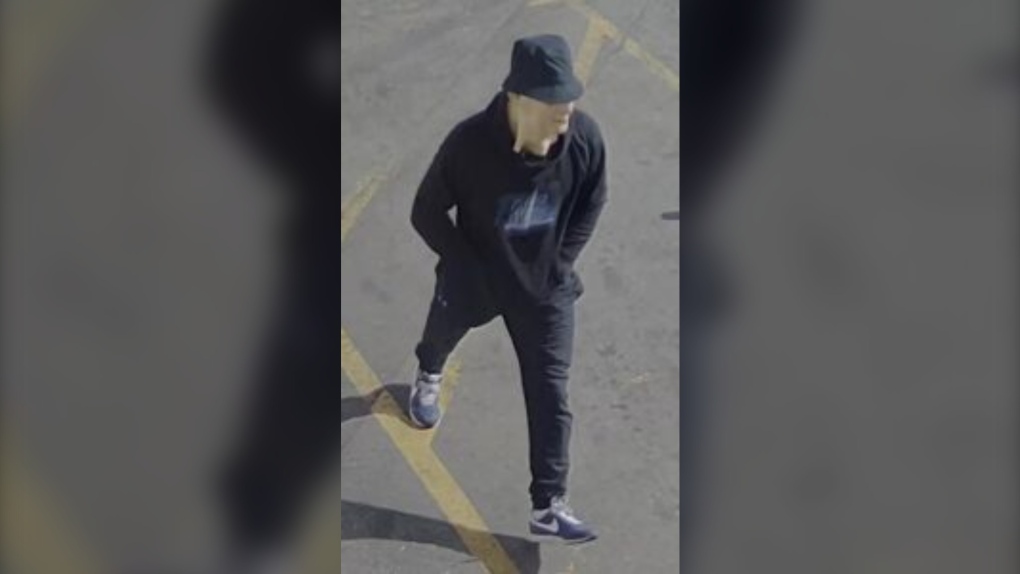 Saanich police are searching for this individual who robbed a local business. (Saanich Police)
Anyone with information on either person, or who may have dashcam video of the area, is asked to call Saanich police at 250-475-4321 or contact Crime Stoppers anonymously at 1-888-222-8477.