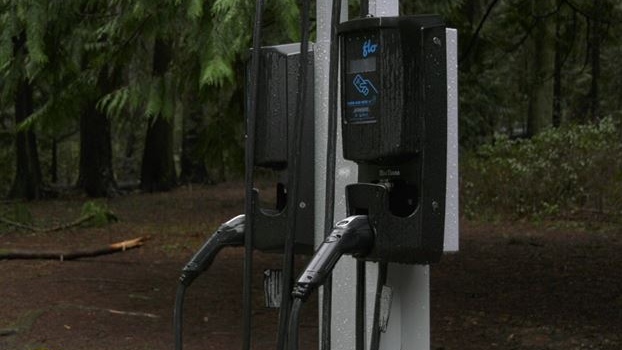 The District of Saanich announced Wednesday that 20 new electric-vehicle charging stations are now open to drivers in the region.

The new level-two chargers are located on eight municipal properties around the district, including four new locations in Saanich parks.

The new stations bring the total number of EV chargers operated by the district to 32 after 12 charging stations were installed in 2013.

The district says Natural Resources Canada provided $100,000 towards the project.

Since 2013, Saanich has provided more than 109,000 charging sessions, averaging over 12,000 sessions per year, according to the district.

Saanich charges a $1-per-hour fee to use the charging stations.

There were 240 level-two charging stations across the Greater Victoria region in February 2021 and 28 level-three "fast-charging" stations, according to the Capital Regional District.

Saanich says gas-powered vehicles account for more than half of all greenhouse gas emissions in the district.

"Investing in more charging stations like the ones announced today in Saanich will allow more Canadians to be in the driver’s seat on the road to a net-zero future and help achieve our climate goals," said Natural Resources Minister Jonathan Wilkinson in a statement Wednesday.