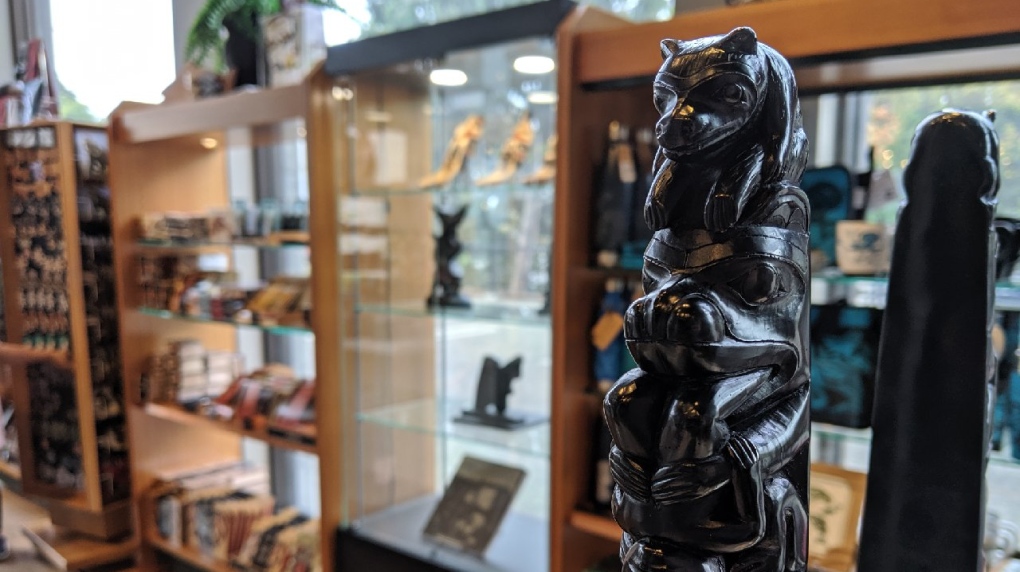 The Royal BC Museum and its charitable foundation are undertaking an audit of the museum gift shop after a renowned First Nations artist accused the shop of selling fake Indigenous art.

The post featured a photo of plates, bowls and miniature totem poles on display in the museum gift shop.

However, spokespeople for the museum and the Royal BC Museum Foundation, which runs the gift shop, said Tuesday that all of the Indigenous artworks sold in the shop – including those pictured in Hunt's photo – are authentic.

"The artwork that he is portraying to be fake is, in fact, not fake," said museum executive director Cristi Main in an interview with CFAX 1070.

"If we can't trace back the provenance on a reproduction piece, then we simply don’t carry it."

Hunt told CTV News on Wednesday that he was wrong to jump to conclusions about the artwork on social media, and he plans to apologize to staff at the museum, where he has volunteered for years.

Christa Cato, who looks after all acquisitions for the museum shop, says the gift shop has had a policy in place for years to ensure it isn't peddling in art that is purported to be made by Indigenous artists but is not.

However, Cato acknowledged that the problem of fake Indigenous art sales is a real one.

"He definitely has a legitimate point in the broader sense in that there are companies out there that are reproducing items that feature Indigenous art on them that are not involving an artist and are not paying a royalty or compensation fee to the artist," Cato said.

"Within our environment, however, that is our policy that anything that features an Indigenous person's artwork is approved by them and they are being compensated for that use."

Despite the clarification, the museum shop is now undertaking an audit to make sure its past and current arrangements with Indigenous artists have not changed.

"We will now be undertaking an audit of sorts to go back to objects that we've carried for a long time to ensure that they are all authentic as well," Main said. "They were [authentic] when we purchased them but has anything changed in that time?"

"If we have any doubts or any questions, we have no hesitation with reaching out directly to the artist just to make sure that they have given their permission and they are being compensated," she said.

The audit, she added, is meant to ensure the shop's agreements with specific artists have not changed and that compensation for sales of the artworks still flows to the artists.