Two people are safe after jumping from their second-floor balcony to escape an apartment fire in Victoria on Tuesday.

The blaze at 1180 Fort Street started around 7 a.m. and affected multiple suites in the rental building.

No one was injured in the fire but several residents have been displaced from their homes.

"Crews arrived to find flames coming from the second floor, which is the floor above the carport," battalion chief Doug Carey told CTV News at the scene. "Those flames were coming off the deck and lapping to the two decks above so it was fairly involved in flames."

Carey said the fire was called in just as a shift change was happening at the fire hall, meaning there were two crews available to respond to the blaze. 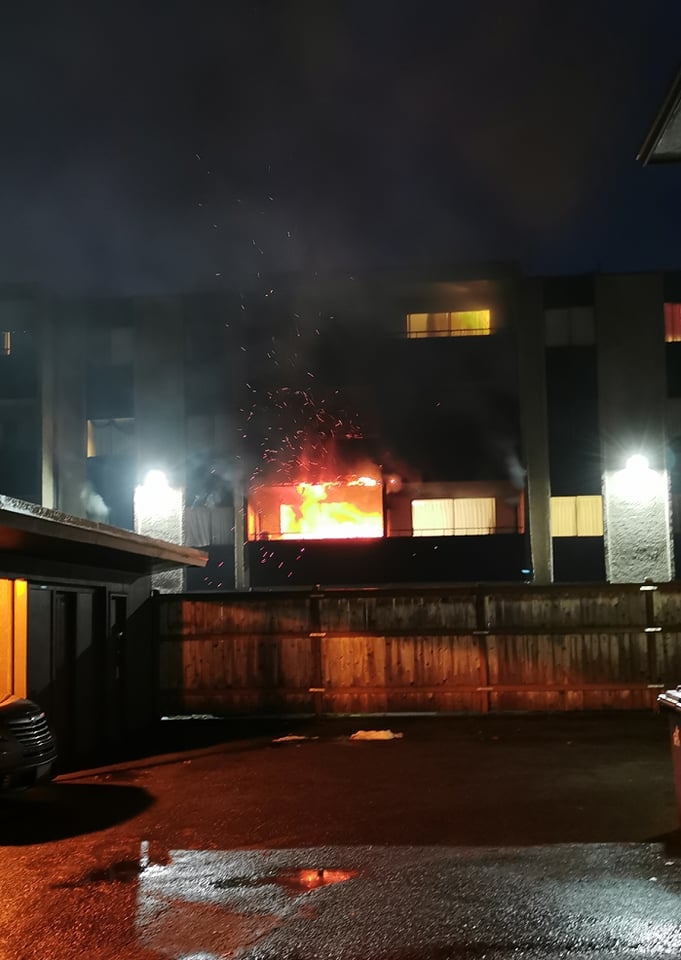 There is no word yet on what caused the blaze. Two fire investigators arrived on scene Tuesday morning to begin assessing the building. (Sarrah Boyer)

Eighteen firefighters attended the scene, with some suppressing the flames from the building's exterior while others attacked from the inside.

"Interior crews went to the fire suite, broke open the door and attacked the fire in there and started working their way to the suites above," Carey said.

"The two occupants of the involved suite actually leaped off their balcony to safety during the fire," the battalion chief said. "They were initially unaccounted for but the police located them at a relative's house and they are fine."

There is no word yet on what caused the blaze. Two fire investigators arrived on scene Tuesday morning to begin assessing the building.

Three suites were directly damaged by the smoke and fire while others sustained water damage.

Emergency social services have been contacted to help the residents displaced by the fire. "There's a number of people who won't be able to stay here tonight," Carey said.