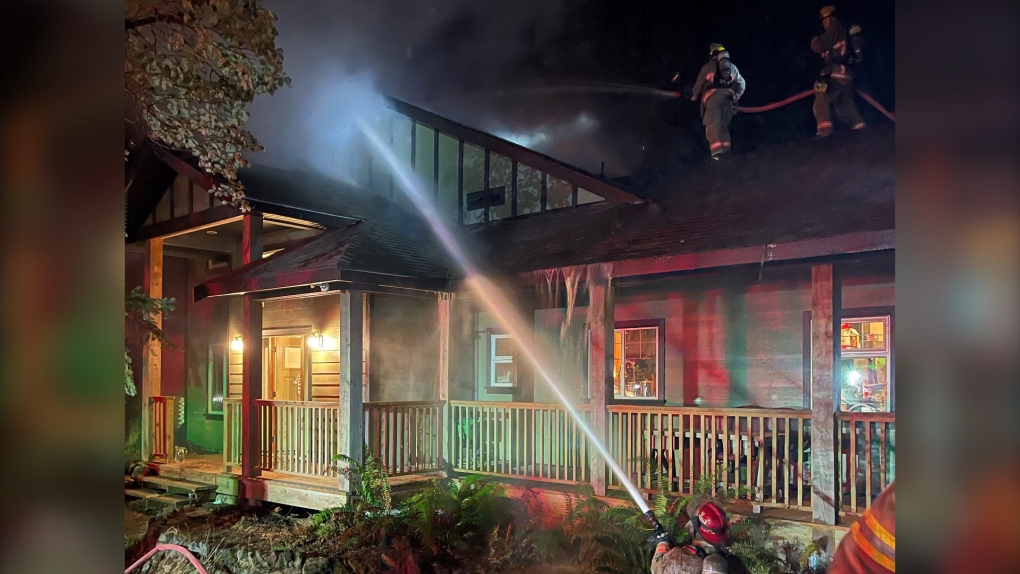 All occupants of a home in Metchosin, B.C., were able to escape a fire that ignited Thursday evening.

The Metchosin Fire Department says there were three residents inside the home as well as several guests at the time of the fire.

Everyone was able to escape the blaze uninjured, and one guest even tried to extinguish the flames on their own before firefighters arrived.

Metchosin Fire Chief Stephanie Dunlop says the fire department was called to the home in the 5000-block of La Bonne Road around 8:30 p.m.

When firefighters arrived, flames could be seen coming from the roof of the home. 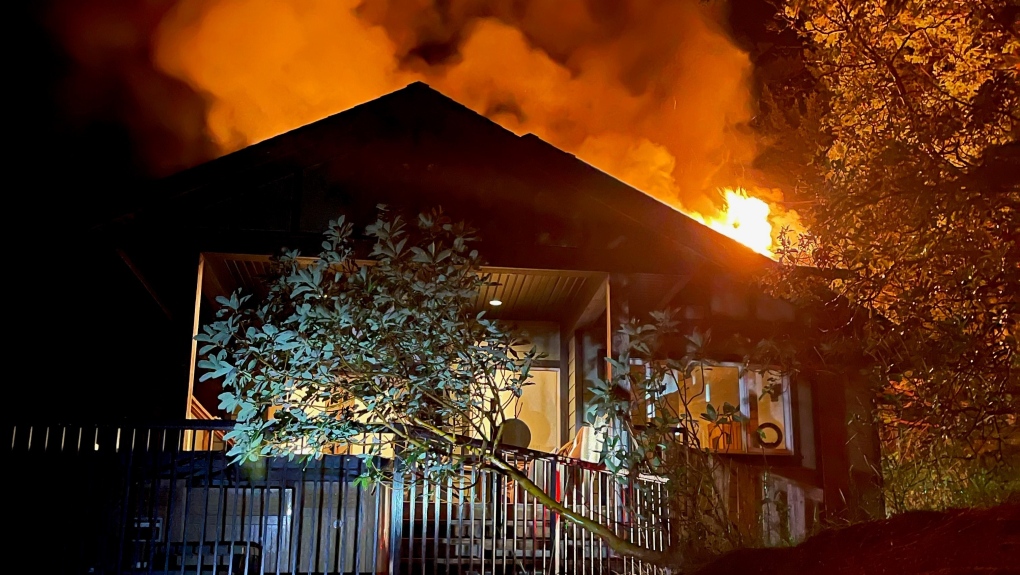 Dunlop says the fire coincidentally occurred during a firefighting training night, so a larger than usual response was able to attend the blaze quickly.

About 30 firefighters and six engines responded to the call. Automatic calls for mutual aid also went out to nearby fire departments in Sooke, East Sooke and Otter Point.

Dunlop says there were no fire hydrants near the home, so water had to be tendered to the scene, which caused a bit of a challenge.

It took crews less than an hour to knock down the flames, and firefighters remained at the home overnight to monitor for hotspots, says Dunlop.

The cause of the fire is still under investigation, though firefighters believe the fire started in the roof of the home.

Emergency Support Services in Langford are helping look after the residents of the home, according to Dunlop.

Metchosin's fire chief says she's thankful for the responses from all mutual aid partners, and is encouraging islanders to make sure their chimneys are inspected and that their fireplaces are WETT-certified as cold temperatures settle in.