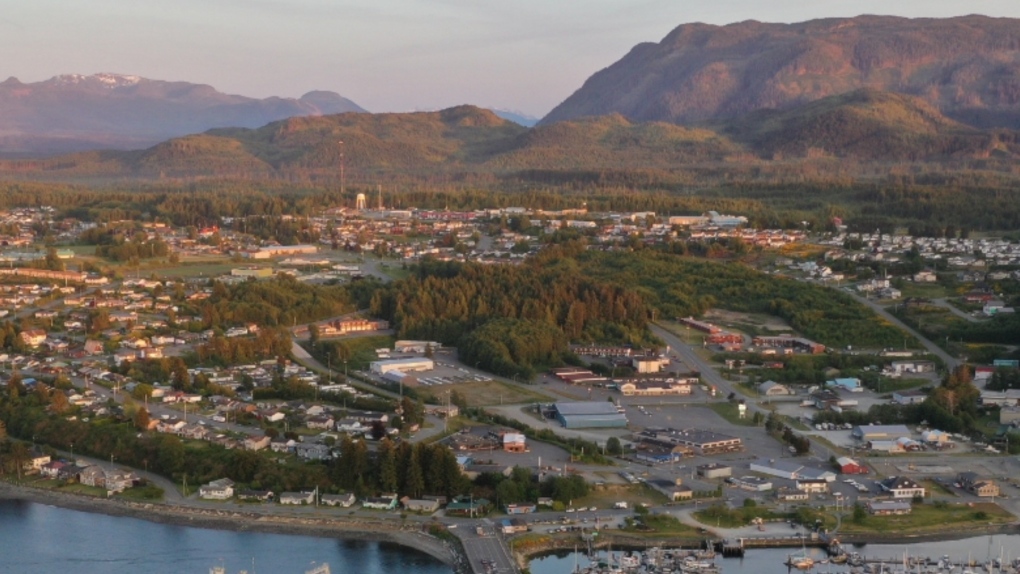 The Town of Port McNeill, B.C. is seen in this photo from the town's website.

Back-to-back closures of small community emergency rooms on North Vancouver Island over the weekend is another example of the overall erosion of the primary care system in rural communities, the BC Green Party and the BC Nurses' Union say.

Due to ongoing staffing shortages, the emergency room at Port Hardy Hospital was temporarily closed from 9 a.m. to 7 p.m. on Sunday. That closure took place hard on the heels of another temporary emergency department closure at the neighbouring Port McNeill Hospital from 3 p.m. Saturday to 7 a.m Sunday.

Island Health recommended residents make their way to whichever emergency room was open in either community over the weekend, advising that BC Emergency Health Services had protocols in place to make sure ambulances transported patients to an open ER. The distance between the two communities is about 41 kilometres, and the closest regional hospital ER is in Campbell River, a 2.5-hour drive away.

The rural primary health-care system is facing erosion, and even collapse, due to pandemic burnout, long-standing staffing shortages at hospitals and the inability to attract or keep family physicians in small communities, said BC Green Leader Sonia Furstenau and Adam Olsen, MLA for Saanich North and the Islands, on Tuesday afternoon.

While some of those challenges are felt across the health-care system, they hit more acutely in rural communities, Olsen said.

The shortage of primary care physicians in small communities increases the pressure on local ERs and vice versa, he added.

And the overcrowding or closures of local ERs and scarcity of doctors can have a spillover effect at regional hospitals and ERs in communities like Campbell River, Comox Valley and Nanaimo, which are also under pressure, Furstenau told Canada's National Observer.

“There just seems to be this strain, this increasingly chronic strain, that is now becoming acute on the system,” Furstenau said.

“The toll it's taking on nurses is pretty significant,” she added.

But rural residents on Vancouver Island are voicing concerns about local ER closures, long drives to other communities, and the reliability of ambulances, she said.

“For people, there's a real worry about being able to access health care when you need it.”

Adriane Gear, vice-president of the BC Nurses' Union, said the increased frequency of temporary ER closures in North Island and ambulance response times reflect a problem that is affecting communities across the province, including the mainland communities of Ashcroft and Clearwater in the Interior Health region.

Residents of small island communities like Port McNeill and Port Hardy might opt to travel more often to hospitals in larger centres for care, like Campbell River or Comox Valley, Gear said.

“But those hospitals are already at a breaking point,” she said.

And the drive from North Island to Campbell River is via a highway with long stretches with no cell service.

“Can you imagine driving your spouse with chest pain for like an hour and a half with spotty cell service?” she said.

“It is absolutely a crisis situation and has an impact on the health of those communities.” 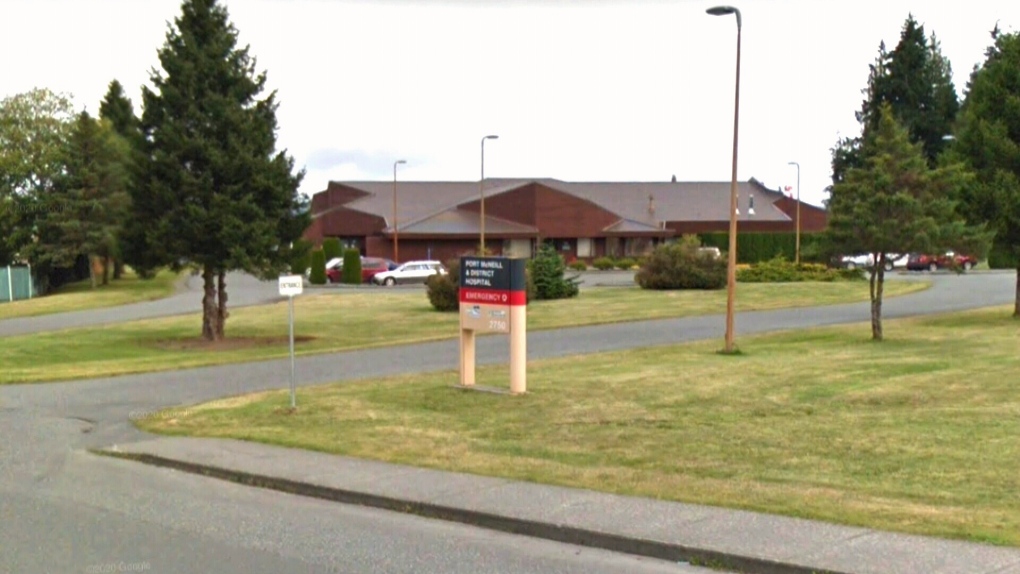 Nurses are spent physically and mentally and can't be asked to do more after two-plus years of a pandemic, Gear said, adding COVID-19 patient numbers at hospitals are on the rise right now.

“It's very distressing working at a facility and knowing it's going to have to close because you're going to take your first vacation in two or three years,” Gear said.

“Or because you've contracted COVID and can't go into work.”

Island Health has relied on shifting nurses, often those without extensive experience or familiarity with a new facility, to plug staffing gaps at the last minute, Gear said.

“Our nurses are hired to work in an area, but then are constantly sent to another unit or facility that (they) haven't been oriented to and might not even be qualified to work in,” she said.

The health authority is also relying increasingly on private agency contract nurses, whose help is welcome, but they can't be redeployed and they also may not be familiar with the facility they are working in, she added.

Island Health is having trouble meeting its minimum threshold of having 70 per cent of staff at the authority's hospitals and facilities, and shifting nurses around only aggravates the problem and leads to the continued “bleeding” of nurses from the system, Gear said.

“I think (Island Health) has to stop the constant redeployment as a staffing strategy.”

No one was available from Island Health to speak with Canada's National Observer about the North Island ER closures.

However, staffing shortages due to COVID-19 are impacting the health authority, as it has other areas of the province, Island Health stated in an email.

“This can cause shortages which are particularly challenging in rural and remote communities and within small sites or programs,” the email said, adding that sometimes, one staff member calling in sick can affect minimum staff levels necessary for patient safety.

There hasn't been a situation where both local ERs north of Campbell River have been closed at the same time and no patients were diverted south of Port Hardy or Port McNeill due to the weekend closures, Island Health said.

The staff recruitment in North Island and elsewhere is a key priority for Island Health, the authority said, adding it is conducting a local, national and international recruitment campaign to attract employees to the region.

Island Health did not clarify if it expects further local ER closures in North Island.

Information about staffing levels and ER capacity in the Campbell River and Comox Valley hospitals was not available from Island Health before Canada's National Observer publication deadline.

Port McNeill Mayor Gaby Wickstrom said in an email that the ER closures have residents in her community concerned.

“We are actively working with Island Health to brainstorm recruitment and retention solutions,” Wickstrom said.

“Island Health has been open with us that this issue will not be solved overnight, and we will have to navigate through the shortages over the summer.”

Olsen said housing shortages are compounding the difficulty of recruiting family doctors to rural communities. As is the lack of relief, or locum, doctors available to fill in for the ones who are exhausted and consequently considering early retirement, he added.

In addition to establishing a locum strategy, the government needs to provide community health infrastructure, including office space and administrative support, so that doctors can more easily build patient care teams, the Greens said.

The province also needs to modernize the fee-for-service model for doctors, including salaries and adjustable fees for varying levels of patient care.

The province announced Tuesday it was funding 322 training seats at post-secondary institutions, with two-thirds expected to be up and running by fall 2023.

“Our communities have been telling us how important the need for more health services is, and we are listening.”

There will also be a new bridging program to train advanced care paramedics from overseas or other provinces to practise in B.C. and 20 one-time seats to fast-track respiratory therapists at Thompson Rivers University.

The province is also allocating $4.5 million in bursaries to attract internationally educated medical professionals who want to move to B.C.

After six weeks, more than 70 witnesses, and the submission of more than 7,000 documents into evidence, the public hearing portion of the Public Order Emergency Commission wrapped up on Friday.

Health Canada has issued a recall for an educational children's toy, which may contain above-legal amounts of lead.

Prime Minister Justin Trudeau made an appearance on Friday's episode of "Canada's Drag Race: Canada vs. the World" to offer the contestants words of inspiration before the main challenge.

A new study has confirmed the authenticity of an ancient Roman coin long considered fake but which researchers now believe depicts the image of a forgotten emperor.

Prime Minister Justin Trudeau gambled just by showing up. And he appears to have won in the court of reasonable public opinion, Don Martin writes in an exclusive column for CTVNews.ca.

'What if the worst had happened': Trudeau explains why he invoked Emergencies Act when he did

On the stand at the federal inquiry examining the federal government's invocation of the Emergencies Act, Prime Minister Justin Trudeau revealed candidly that a central factor in his historic decision to enact unprecedented powers to shut down the 'Freedom Convoy' protests, was his fear of what could happen if he didn't.

NASA's Orion capsule entered an orbit stretching tens of thousands of kilometres around the moon Friday, as it neared the halfway mark of its test flight.

A marriage annulment that removed a B.C. woman as a beneficiary from her ex-husband's pension plan has been cancelled after a judge determined an "imposter" had agreed to the terms in court.