Shawnigan Creek in Mill Bay, B.C., is a coho salmon success story. This year's coho run is setting a record for the Vancouver Island waterway.

"We moved about 4,400 fish in about five days," said Lloyd Gibson, a volunteer with the Mill Bay and District Conservation Society.

The creek isn’t historically a salmon-bearing creek, so the mature fish need a bit of help getting to their final destination. 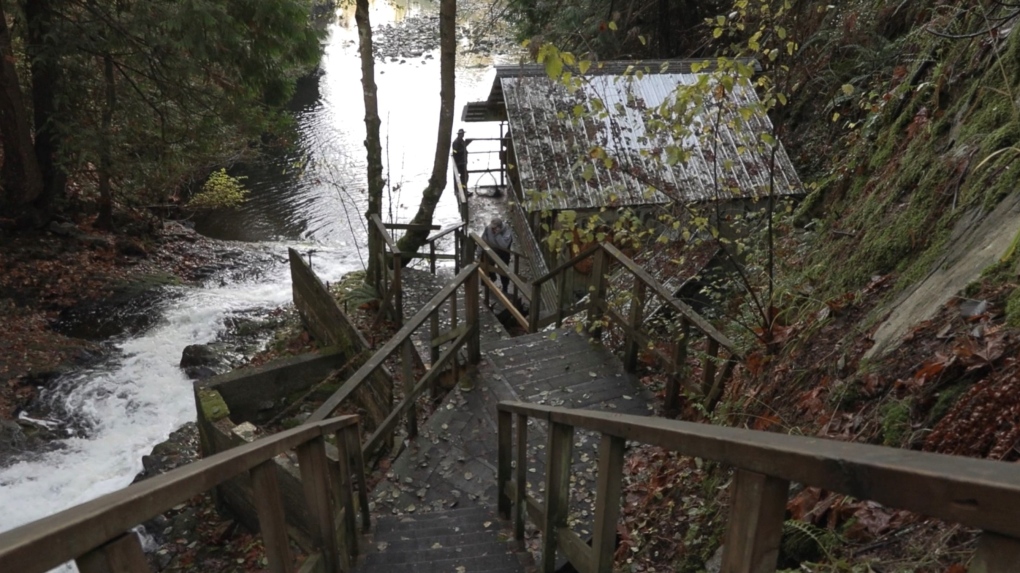 "The fish can’t get up the waterfalls," said Gibson.

That’s where a container on rails and a small army of volunteers come into play.

The work begins down below where the creek meets the estuary.

"We’ve set a record three years in a row for our cycles," said Ken Gray, secretary and director of the Mill Bay and District Conservation Society. "We can’t ask for any more than that."

With the coho run at its tail end, only 29 salmon remained in the trap by Thursday. The few that are left won’t be heading above the Shawnigan Creek waterfall to their spawning grounds.

"This particular group of fish are going to the Goldstream Hatchery for brood stalk," said Gray.

Getting them there takes a little help. First the salmon have to be netted from the trap below and raised into holding trays one floor up. 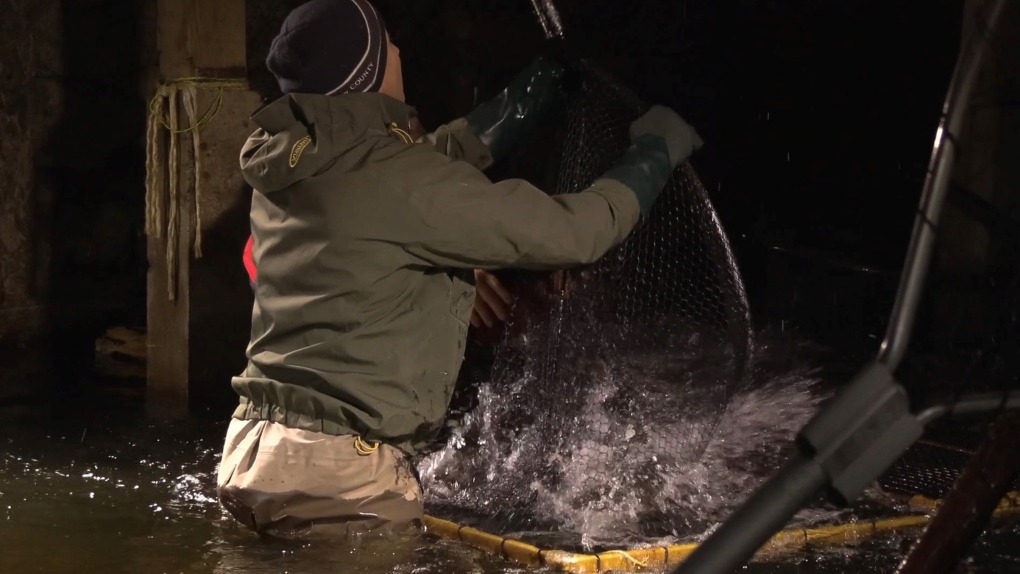 From there, a container is lowered down a cliff face using a pulley system up top that's set along rails. That container is then filled with water, followed by salmon.

"It’s pulled up by a truck and a rope," said Gibson.

Next, the salmon make the trip up the cliff face to the top where, on Thursday, they were loaded into a tank for a trip over the Malahat to the Goldstream Hatchery. 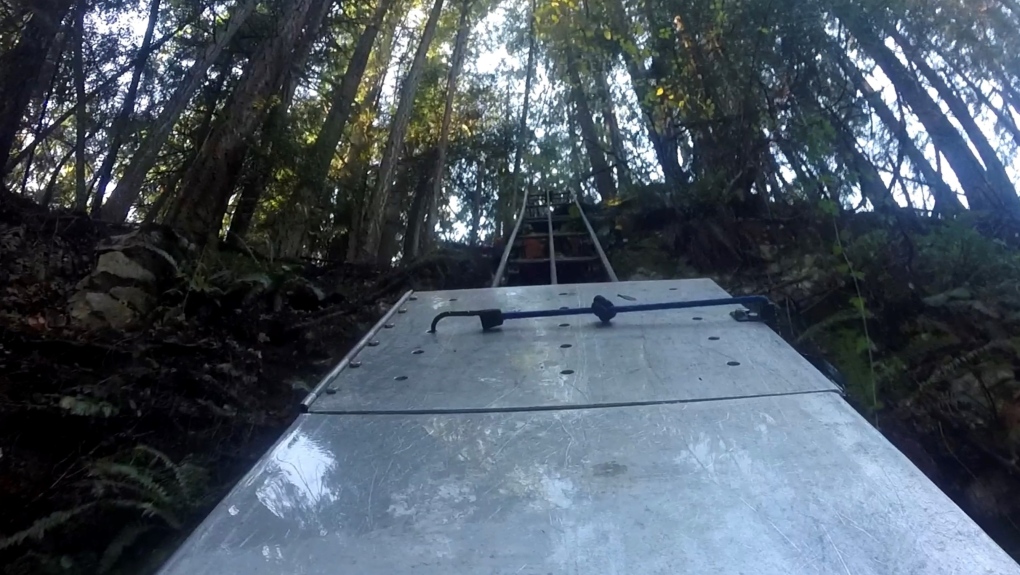 The container filled with water and coho salmon is pictured being pulled up the cliff face. (CTV News)

"It has come full-circle," said Peter McCully, technical advisor at the Goldstream Hatchery.

The reason McCully says this has come full circle is an interesting one.

Forty-four years ago, coho were introduced into Shawnigan Creek. Those salmon came from Goldstream.

"The coho were coming back to Goldstream, but not in significant numbers," said McCully.

Now with a low coho return this year in Goldstream, these fish will be used to supplement that run and others around the capital region.

"Once the eggs and milk are taken they are mixed [and] the eggs are fertilized and incubated in a setting that we have here," said McCully. "They hatch and evolve into free swimming fry."

Those fry will be raised in freshwater tanks for roughly a year before being released into the wild.

The record-breaking coho run in Shawnigan Creek this year is one that will help other runs in the years to come.