RCMP searching for man wanted on 11 warrants across Vancouver Island 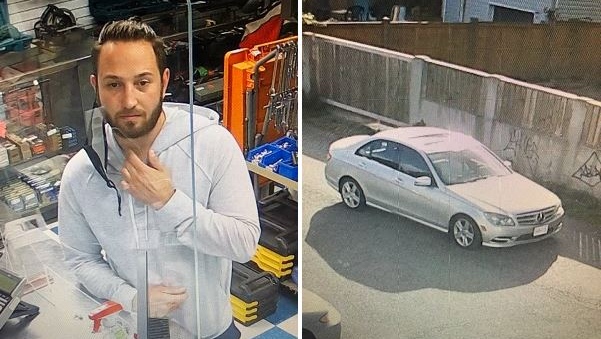 Nanaimo RCMP are searching for Michael Leighton who is wanted in connection to several crimes across the South Island: (Nanaimo RCMP)

VICTORIA -- Vancouver Island RCMP are searching for a man who is wanted on nearly a dozen warrants in the South Island.

Nanaimo RCMP say they are on the lookout for Michael Leighton, 32, who is wanted on one count of assault by Saanich police and is wanted on 10 property-related warrants by Comox Valley RCMP.

He is also a suspect in a recent break-in at a Nanaimo apartment building where more than 1,000 silver coins and a Ruger pistol were stolen earlier this month, police said.

The estimated value of the 1,025 Canadian silver coins that were stolen is approximately $40,000, say Nanaimo RCMP.

Mounties are now seeking the public’s assistance in locating Leighton.

He is described as a white man who stands 5’ 11” and weighs approximately 175 pounds. He has dark hair, a short beard and moustache and “often ties his hair in a man bun.” Police say that the photo of Leighton is recent.

Mounties add that he is believed to be connected to a silver and white 2008 Mercedes with BC licence plate KW512L.

Anyone with information on Leighton’s whereabouts is asked to contact the Nanaimo RCMP non-emergency line at 250-754-2345.