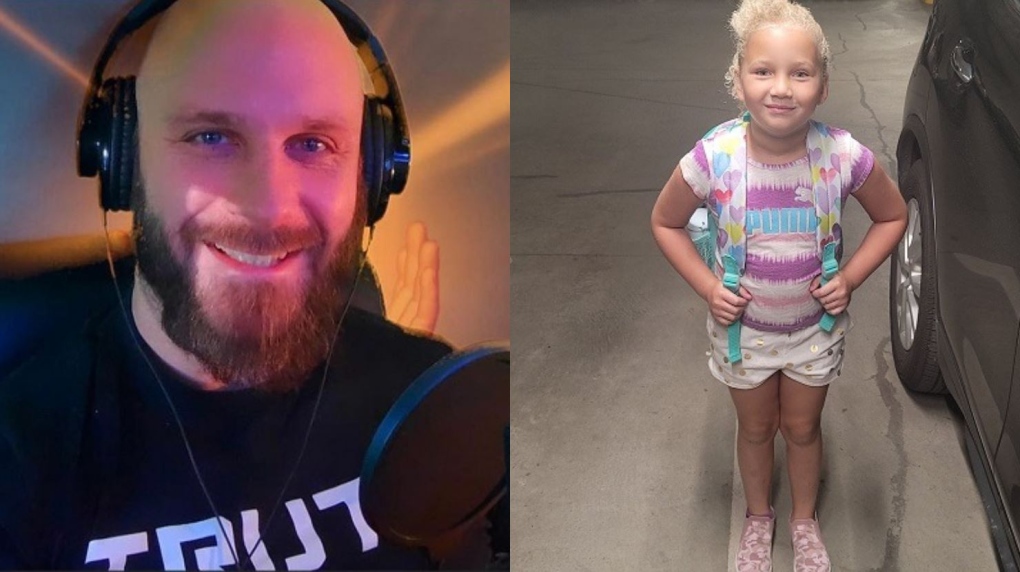 Police are on the lookout for a 36-year-old man and his seven-year-old daughter who were reported missing to the North Cowichan/Duncan RCMP on Sunday.

Mounties are searching for Jesse Bennett, and his daughter, Violet Bennett, who live in the North Cowichan/Duncan area.

Police say they have been unable to contact the pair since Jan. 20, when a joint custody agreement in Victoria Family Law Court ruled that Jesse had to return Violet to her mother on that day.

"To date, police and family have not been able to make contact with Jesse or Violet Bennett," said Sgt. Trevor Busch of the North Cowichan/Duncan RCMP in a release Monday.

"We believe that Jesse Bennett is actively evading police and is in breach of the custody order, requiring him to return Violet to her mother," he said.

Jesse Bennett is described as a white man who stands 5'10" tall and weighs roughly 160 pounds. He has blue eyes, a brown beard, and brown hair that may be shaven – or he may be wearing a hat, police say.

Violet Bennett is described as white girl who stands 4' tall and weighs roughly 50 to 60 pounds. She has blue eyes and "big natural curly hair."

Anyone with information on Jesse or Violet's whereabouts is aked to contact their local police, or North Cowichan/Duncan RCMP at 250-748-5522.

Russia claims to have taken full control of Mariupol

Russia claimed to have captured Mariupol on Friday in what would be its biggest victory yet in its war with Ukraine, following a nearly three-month siege that reduced much of the strategic port city to a smoking ruin, with over 20,000 civilians feared dead.

'Fight for a stronger Alberta': Kenney comments for first time since announcing resignation

Premier Jason Kenney spoke publicly Friday for the first time since dropping the bombshell announcement that he plans to step down as UCP leader and premier of Alberta.

Ontario woman says daughter was discriminated against over face mask

An Ontario woman believes her daughter was discriminated against after she was allegedly kicked out of a local activity centre over her choice to wear a face mask.

On the heels of news that Canada is banning Huawei Technologies and ZTE from participating in the country’s 5G wireless networks, Prime Minister Justin Trudeau said the decision wasn't easy to make. The prime minister also defended the timing of the decision, saying that while it will be years before all use of products from these Chinese companies will be outlawed, it's happening before the country is even more interconnected by the next-generation telecommunications infrastructure.

A man who used a sword to kill and maim victims in Quebec City's historic district on Halloween night 2020 has been found guilty of murder.

Rising global temperatures could reduce the amount of sleep people get every year, according to a new study.