North Cowichan/Duncan RCMP are asking community members to keep an eye out for a sedan that's believed to be linked to a missing father and daughter.

Police are searching for seven-year-old Violet Bennett and 36-year-old Jesse Bennett, after Jesse failed to hand Violet over to her mother when he was ordered to in Victoria Family Court through a joint custody agreement on Jan. 20.

Mounties say they do not to believe Violet is in any danger, but they do believe that Jesse is actively avoiding contact with police and family to keep her with him.

Police are asking British Columbians to keep an eye out for a grey 2005 Honda Civic that Jessie is believed to be driving.

It has a B.C. licence plate number HL111E with "distinctive, Christianity-focused stickers on the back," police say. 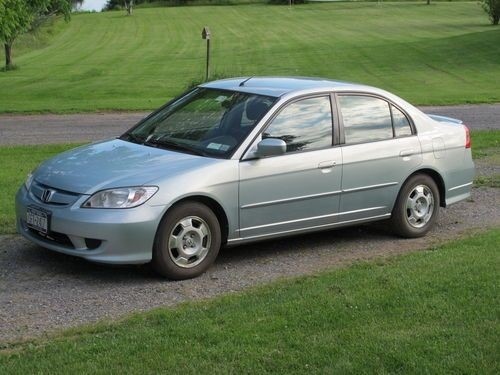 Police are searching for a Jesse Bennett's grey 2005 Honda Civic, which has "distinctive" Christian stickers on the back: (North Cowichan / Duncan RCMP)

"We have received a large number of possible sightings across Vancouver Island, the Lower Mainland and even into the Southeastern part of the province," said Sgt. Trevor Busch of the North Cowichan/Duncan RCMP in a release Friday.

"Certainly, this is largely thanks to those who have shared Jesse and Violet’s photos, through both mainstream and social media," he said.

Jesse Bennett is described as a white man who stands 5' 10" tall and weighs roughly 160 pounds. He has blue eyes, a brown beard, a bald head, and may be wearing a hat.

Violet Bennett is described as a white girl who stands 4' tall and weighs 50 to 60 pounds. She has blue eyes and curly hair.

Anyone with information on Violet's or Jesse's whereabouts is asked to contact their local police or North Cowichan/Duncan RCMP at 250-748-5522.

Prince Charles and Camilla, the Duchess of Cornwall, will attend a service at Ottawa's Ukrainian Orthodox Cathedral today as they visit the national capital.

Saddle Lake Cree Nation in eastern Alberta is 'actively researching and investigating' the deaths of at least 200 residential school children who never came home, as remains are being found in unmarked grave sites.

A wave of buyer's remorse is taking shape in several heated real estate markets, after housing prices started dropping and the number of sales slowed over the last two months.

Alberta Premier Jason Kenney is to learn today if he still has enough support from his party to stay on as leader.

The cost of nearly everything at the grocery store continued to climb higher to push the annual inflation rate up in April.

What's the average price of a home where you live?

Casey White and Vicky White paid a man to help them book an Indiana hotel room during their time on the run after the inmate and corrections officer slipped away from an Alabama jail, setting off an 11-day manhunt.

'Please' before 'cheese': Answers to your royal etiquette questions

Etiquette expert Julie Blais Comeau answers your questions about how to address the royal couple, how to dress if you're meeting them, and whether or not you can ask for a selfie.