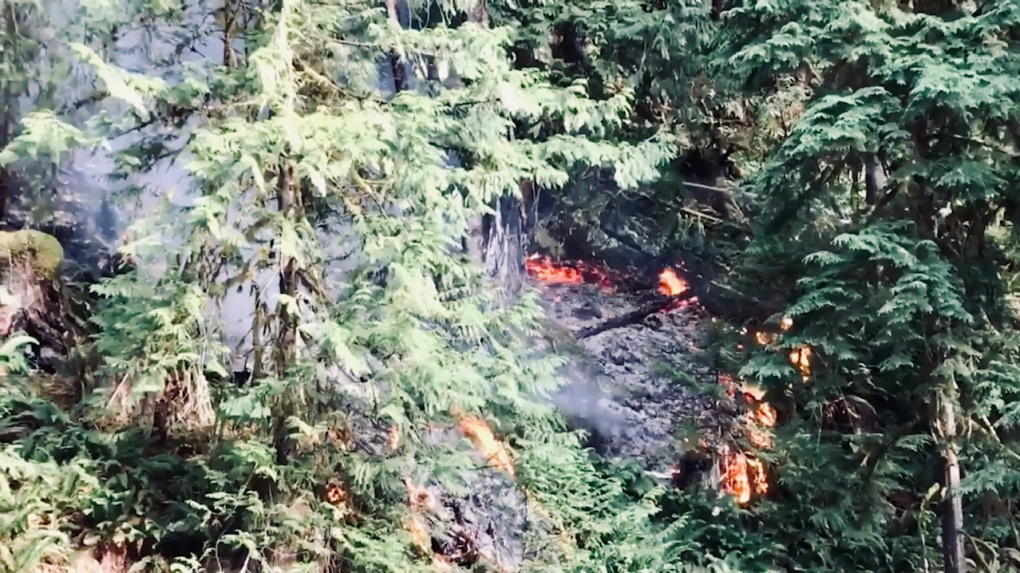 Firefighters in Port Alberni had their hands full dealing with six outdoor fires in less than three hours over the weekend.

Port Alberni Fire Chief Mike Owens says the fire department was called to all six fires between 2 p.m. and 5:30 p.m. Sunday, and police are now investigating some of the incidents.

The first fire was reported near the Port Alberni Friendship Centre. While crews were at the scene, the fire department received "several 911 calls" about a fire inside Dry Creek, near the friendship centre.

Once firefighters finished extinguishing the blaze at the friendship centre, they found a "significant volume of fire" burning through a pile of logs in Dry Creek.

As firefighters worked to douse the blaze, members spotted a second fire within Dry Creek. The firefighters at the scene then split into two teams to manage both fires, according to Owens, as more resources were called in.

The emergencies didn't stop, however, as firefighters were then called to two more fires at Harbour Quay. Once there, Owens says firefighters extinguished two bark-mulch fires at the quay.

After managing those five fires on Sunday, the fire department says it had a 45-minute lull before it was called to one final blaze at Roger Creek around 5:30 p.m.

The fire was one of the most severe of the day, and when firefighters arrived they found a "significant amount of flame" on a hillside.

The fire chief says responding firefighters started with containing the fire before moving in to extinguish it. After knocking down the majority of the flames, firefighters made sure a perimeter was maintained by using wildfire sprinklers borrowed from the nearby Beaver Creek Volunteer Fire Department.

Firefighters then worked through the night and the next morning making sure that the fire and any hotspots were put out.

"It definitely taxed our small fire department here. So all resources we had available were tackling the two Dry Creek fires as well as this one here in Roger Creek," said Owens.

The fire chief says that the Port Alberni Fire Department has been on alert ever since a deadly heat wave swept through the province.

"Certainly we've been on edge after the heat dome and the extreme heat we had about a week or so ago," said Owens.

Owens says it's too early to say if the fires are connected, though RCMP are investigating four of the six fires: the first fire found behind the friendship centre, both fires at Dry Creek and the fire at Roger Creek.

"Certainly the volume of fires we had in such a short period of time gave us concern," said Owens.

The fire chief is reminding residents that fire conditions are very high right now, and adds that no rain is in the forecast for the foreseeable future.

"We're asking the public to be extra cautious in their outdoor activities and to report any signs of columns of smoke they might see so we can action them quickly," he said.