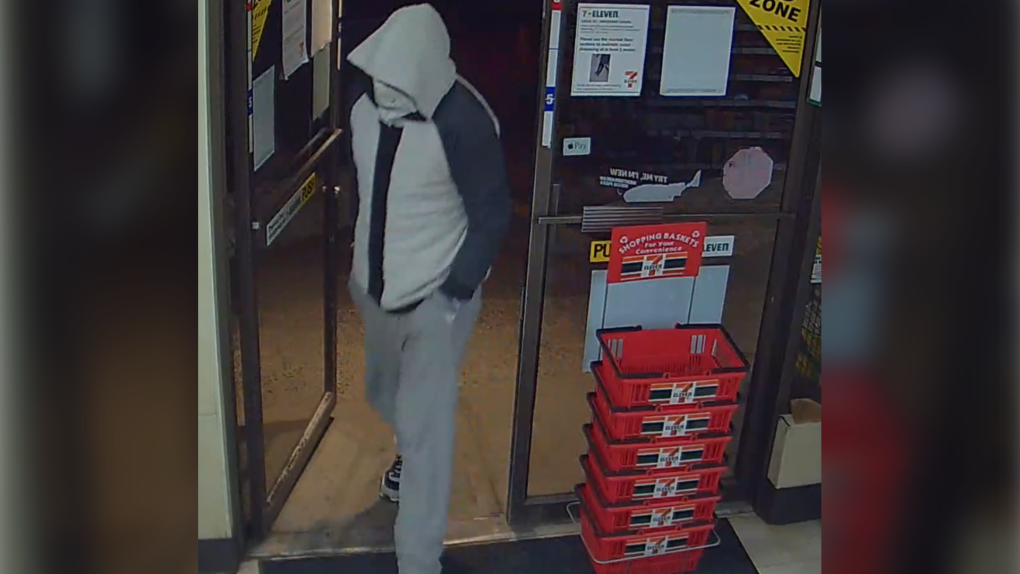 VICTORIA -- The Comox Valley RCMP have arrested one man for a robbery that took place at a convenience store in Courtenay in early April.

On April 3, a man entered a 7-Eleven in Courtenay at approximately 3:30 a.m. He then demanded cash from the till and fled the area once money was handed over.

After the robbery, the Comox Valley RCMP released a surveillance photo of the man and worked with the integrated forensic identification section and police dog services to locate him.

With help from community tips, the man was eventually identified and arrested for the robbery on April 27.

“There were a lot of long hours that went into this investigation, including the execution of search warrants, surveillance, and examining video footage from multiple local businesses,” he said.

The man is currently being held in police custody.