Randy Bachman's guitar was stolen 45 years ago in Toronto. He just found it in Tokyo

Randy Bachman's guitar was stolen 45 years ago in Toronto. He just found it in Tokyo

Most of Randy Bachman’s guitars – over 400 at last count – are today safe inside the climate-controlled rooms of museums and memorabilia collections. But the guitar he really loves? The one he so cherishes that he would chain it to the toilet of his hotel room at night? Well, that one disappeared 45 years ago from a Toronto-area Holiday Inn, never to resurface again.

That is, until now.

The guitar was lost in 1976, when the former Guess Who guitarist, who had by then penned such hits as "American Woman," "These Eyes," and "No Sugar Tonight," was recording his sixth album with Bachman-Turner Overdrive.

"I would carry that guitar with me and put it in the bathroom next to the toilet, then wind a tow-truck chain through the handle and around the toilet twice, and put two locks on it," Bachman recalled this week from his home in Sidney, B.C.

"So if anyone was going to steal it, they’d have to be a plumber, or rip the toilet out of the wall."

But after the band’s final night in the studio, this security protocol failed him. Bachman handed his prized late-1950s Gretsch archtop — the one he bought with paper-route money when he was 20 years old — to his road manager before the long drive back to Winnipeg.

"I said, 'Don’t let it out of your sight,'" Bachman recalled. "He goes to the Holiday Inn, puts it in the room, goes to check out at the desk and four minutes later, or five minutes later, after checking out, it’s gone."

For nearly half a century, it stayed gone.

The disappearance triggered a decades-long search. Bachman enlisted the help of the RCMP, the Ontario Provincial Police and vintage instrument dealers across Canada and the United States.

It also triggered what Bachman now recognizes as a mid-life crisis.

The 1957 Gretsch 6120 Chet Atkins model, in western orange, is considered the Holy Grail by some connoisseurs of the brand. To count Bachman among them would be an understatement.

The Canadian music icon would go on to buy a dozen orange 6120s of the era, all of them perfectly alike to the unobsessed ear. But to Bachman, they were each a reminder of what he'd had, and lost. 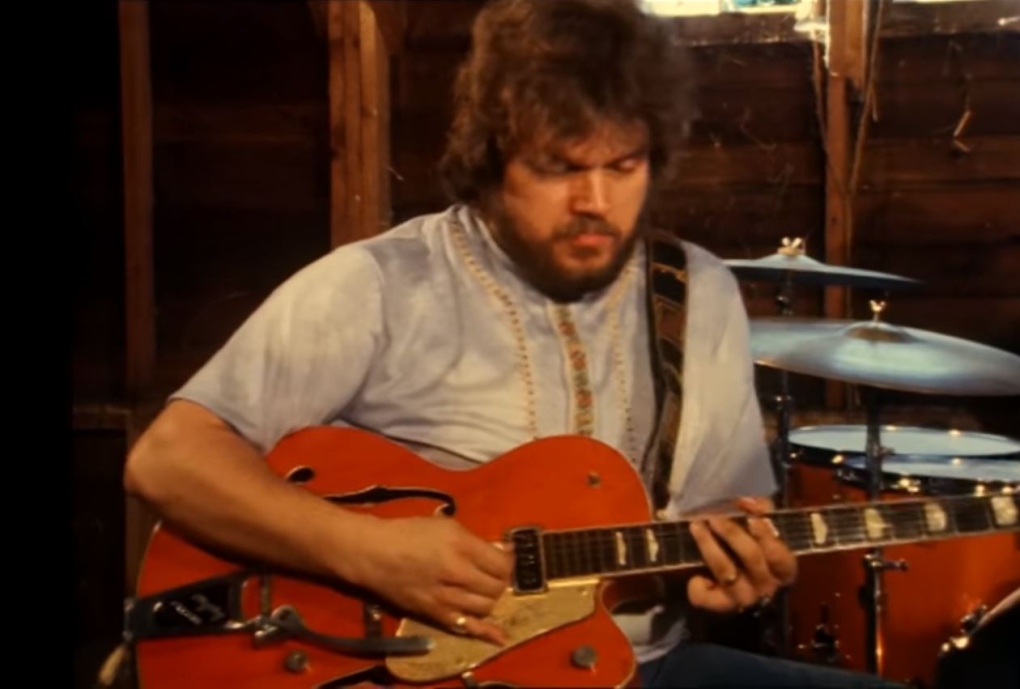 "So I enter my midlife crisis with this on my mind and I buy every Gretsch that gets offered to me," he says. "I end up with 385 Gretsch guitars. I go insane."

Bachman amassed such a collection that when the Gretsch family wrested back control of the company in the late 1980s, with a view to restarting production on its classic models again, they came to Bachman for help.

His Gretsch collection, by then the largest and most complete in the world, would provide the templates for the old models — as what remained of the early Gretsch prototypes had long since been destroyed in a pair of disastrous factory fires.

And so the company borrowed his guitars, five or six at a time, and meticulously copied every detail. "Every Gretsch that you see today, at any store or anybody playing, is a copy of one that was in my collection," Bachman says.

Three years later, the company was firmly back on its feet and owner Fred Gretsch, the fourth in the family lineage to bear that name, approached Bachman to buy his guitars and establish an official Gretsch museum collection.

Then came the COVID-19 pandemic. Stuck at home, Bachman was making YouTube videos with his son, Tal, and his son's partner, KoKo, when he got an email from an old neighbour.

"I found your Gretsch guitar in Tokyo," the message read.

According to Bachman, his neighbour had used some old photographs of the guitar and rejigged some facial-recognition software to identify and detect the unique wood-grain patterns and lines of cracked lacquer along the instrument’s body.

The neighbour ran scans of this unique profile against every image he could find of an orange 1957 Chet Atkins guitar posted online over the last decade and a half.

The high-tech detective work paid off with a hit on an obscure YouTube video that, as of this writing, has been watched fewer than 250 times. The 11-minute clip, posted on Christmas Eve 2019, features a man and a woman playing guitars and singing Japanese songs at a restaurant in Tokyo.

The man is a musician named Takeshi, and for the bulk of the video, save for an impromptu kazoo solo on "Rockin’ Around the Christmas Tree," he’s playing a 1957 Gretsch 6120, the Chet Atkins model, in western orange.

A videoconference call was hastily arranged through Takeshi’s PR representative. The Japanese pop musician speaks no English and Bachman speaks no Japanese. Luckily, Bachman’s soon-to-be daughter-in-law, KoKo, is fluent in both.

"So it was kind of like the United Nations because we’re here in my living room and Takeshi is there in Japan with his manager and I say hello and then we stop and [KoKo] translates it into Japanese and then he asks a question and she translates it back," he says. 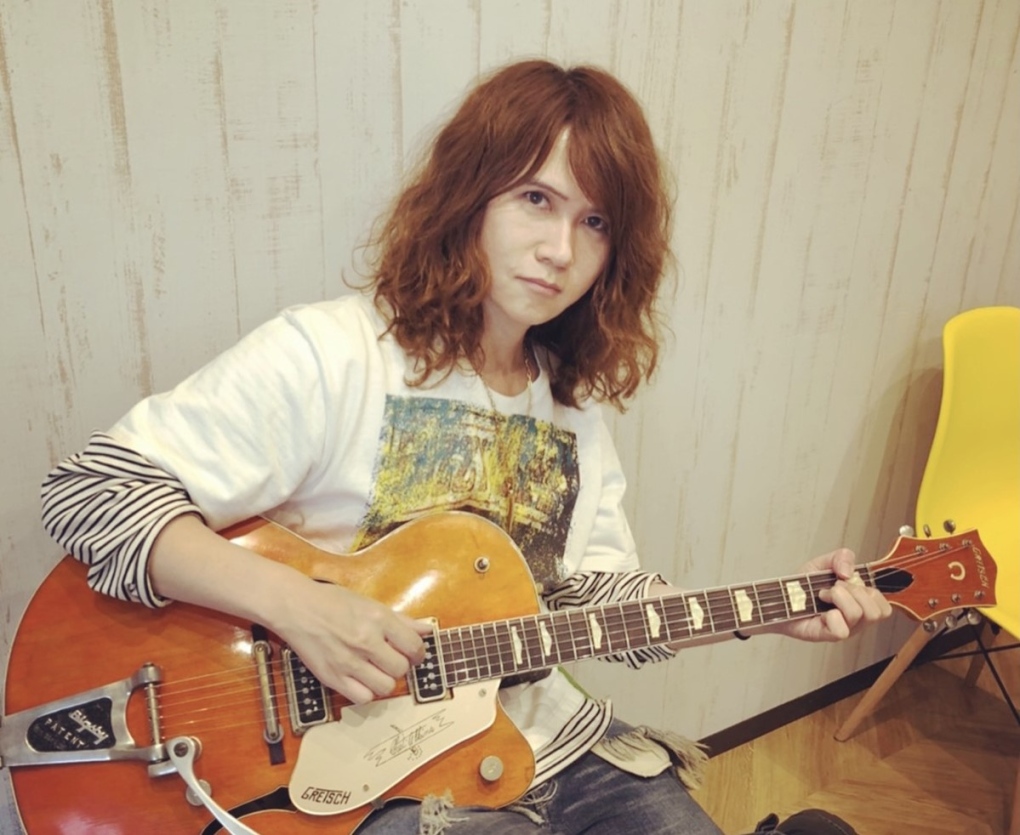 A few minutes into the call, Takeshi reaches his hand out of the camera’s view and pulls into frame the very bone of contention.

"I am absolutely struck right in my chest, like an electric shock," says Bachman. "This is my guitar, and it looks one day older than when it was stolen. Whoever had it, loved it and took care of it."

Trouble is, Takeshi loves the guitar too. He isn’t about to surrender it on goodwill alone. "He says to me, 'I really feel special about this guitar. How did you get it?'" Bachman recalls.

So Bachman began to tell how, at 20 years old, he entered a Manitoba music shop, his pocket bulging with the $400 he’d accumulated over a lifetime in the domestic service, mowing lawns and shovelling snow. "I walked into Winnipeg Piano," Bachman recalls. "And it spoke to me."

But Takeshi also speaks guitar, and this particular Gretsch has hardly maintained its silence since leaving Canada. "He says, 'Well, I went into a store in Japan, a vintage guitar store… and it spoke to me.'"

In a statement to CTV News, Takeshi says he “felt it was destiny” when he first saw the guitar in a Tokyo music shop. “I immediately and impulsively purchased it.”

'YOU HAVE TO FIND ITS SISTER'

It’s still unclear exactly how, over four and a half decades, the Gretsch made its way from Toronto to Tokyo. Its chain of custody contains only those two definite links. It may, at one point, have run through Texas by way of Nashville, Bachman believes.

It was this appeal from the elder rocker that Bachman believes finally swayed the negotiation in his favour. But no surrender would be signed until a replacement was found.

And not just any replacement. According to Bachman, Takeshi told him, "You have to find its sister."

The Japanese musician had agreed to a trade on the condition that Bachman find him a guitar of the same make, model, colour, condition, year and factory specs. (It had to have the original Bigsby tremolo intact, and the black DeArmond pickups, not the Filtertrons. That was important.)

Gretsch made fewer than 40 of the guitars in 1957. Nearly all that have survived in the decades since have been undesirably modified in some way. But after a flurry of phone calls, emails and rumours chased off into the vapour, Bachman hit the jackpot at a rare guitar shop in Ohio.

"The serial number is two digits off from mine," he says, still marvelling at the find. "Which means it was made in the same week."

Takeshi says he is “honoured and proud to be the one who can finally return this stolen guitar to its owner.”

So what does it cost to replace a factory-spec 1957 Chet Atkins in near-mint condition? One answer might be that it costs approximately 50 times what you could have got one for at a Winnipeg music shop in 1963. But that estimate doesn’t account for the millions you might spend buying up a museum’s worth of substitutes instead.

In Bachman’s case, he also has to factor in the cost of flights to Tokyo. "We have it all set to go," he says of the upcoming trip. "We’re just waiting for travel restrictions to ease up so we can go."

And in case you thought he’d be chaining his old guitar to the aircraft toilet for the flight back, there’s also the cost of the custom aluminum container that Bachman had built to shepherd his old guitar through airport security and over the ocean home.

A kind of case within a case, it’s "about the size of a child’s bed," Bachman says, with wheels on the bottom and handles on the sides reminiscent of a coffin. "I’m telling you, it weighs a ton."