Puppies abandoned near Port Alberni now up for adoption 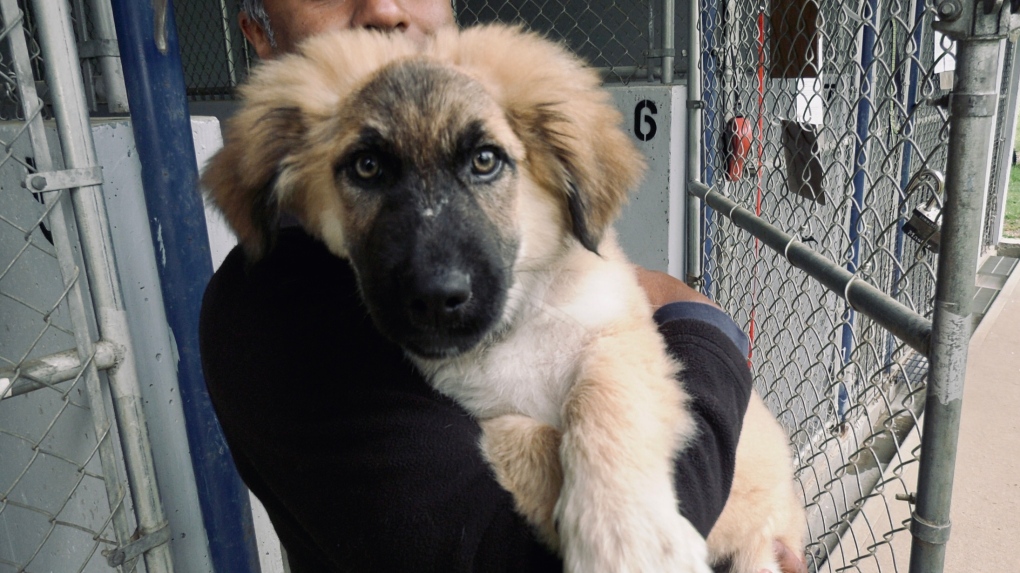 One of six German shepherd-cross puppies that were found in a remote area near Port Alberni earlier this month. (CTV News)

PORT ALBERNI -- The six German shepherd-cross puppies that were found in a remote area near Port Alberni earlier this month have made a full recovery and are now up for adoption.

The Port Alberni SPCA says the community response to help the puppies recover has been overwhelming.

"There’s been a large amount of donations given and the applications are really quite up there," says Sam Sattar, the SCPA branch manager.

The branch has already received 20 to 30 adoption applications and has been inundated with phone calls inquiring about the puppies.

"'How are they? What’s happening with them? Can we adopt them?'" says Sattar of the calls.

By Wednesday morning, one of the puppies had already been adopted and the SPCA is currently conducting interviews to find homes for the other five.

The six puppies were believed to be eight weeks old when they were discovered in a remote area near Port Alberni. A person walking by the area heard the puppies’ cries and found them.

"They were undernourished, with eyes crusted shut with infection when they were rescued, but they were still wagging their tails and were so sweet," says Lorie Chortyk, spokesperson for the BC SPCA.

According to the SPCA, the six puppies had severe mange, skin infections, ear infections, conjunctivitis, and were plagued with worms and flea infestations.

The organization says that four of the six pups had surgery on their eyelids, with two of the four affected puppies requiring the operation on both eyes.

Sattar says all of them are healthy but some puppies may need to have their eyes checked by a veterinarian in the future.

He expects the rest of them will find homes by the end of the week.