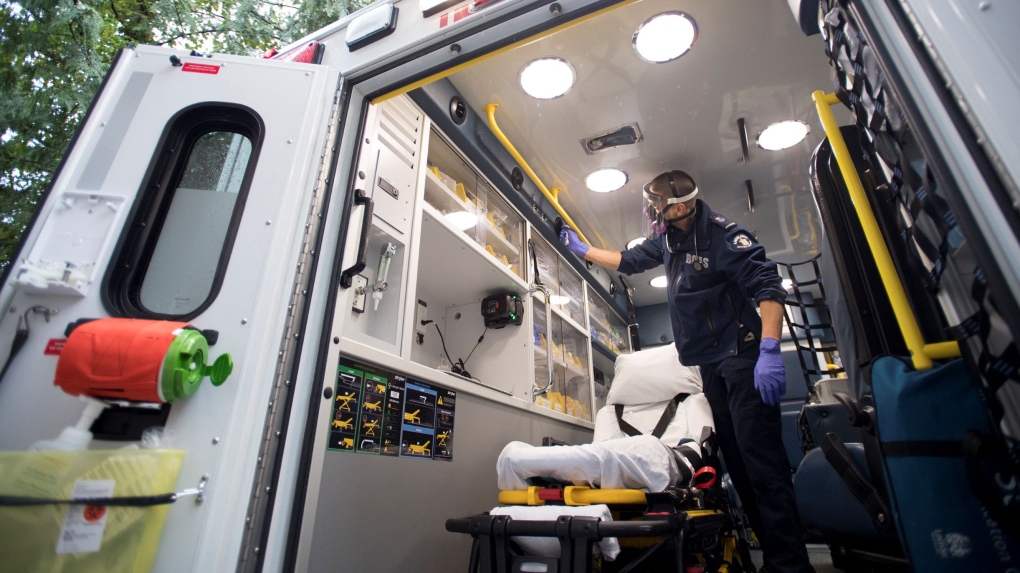 The British Columbia government is expanding rural ambulance services across the province in what it calls the "largest hiring push in B.C’s history" for the paramedic service.

In addition, 26 smaller ambulance stations will move to a “scheduled on-call” staffing model on Nov. 1 with new paramedic positions added, according to the province.

The paramedic staffing increase follows a commitment the government made in July to improve and expand BC Emergency Health Services.

"When we call 911 for help, British Columbians need to feel confident that help is on the way and that it will arrive quickly," said Health Minister Dix in a statement Tuesday.

"The significant progress made by BC Emergency Health Services over the summer will ensure a more effective ambulance service for patients and families who depend on it,” Dix added. “Better support for paramedics and dispatchers will help them do the vital work we count on every day."

The health ministry announced in July it was expanding ambulance services by hiring 85 full-time paramedics in larger urban centres, including in Vancouver, Burnaby, Surrey, Richmond, Kamloops and Prince George.

The province also said it was bringing on 30 new full-time ambulance dispatchers and announced the appointment of a new chief ambulance officer responsible for day-to-day ambulance management.

Hiring for all the new positions is currently underway, the province said Tuesday, with the expectation they will be filled between October and December.

"We are on track with filling new paramedic and dispatch positions and I know this is going to create more stability in our staffing and improve our emergency medical response and our community paramedic services in rural and remote B.C. in particular," said Leanne Heppell, interim chief ambulance officer.