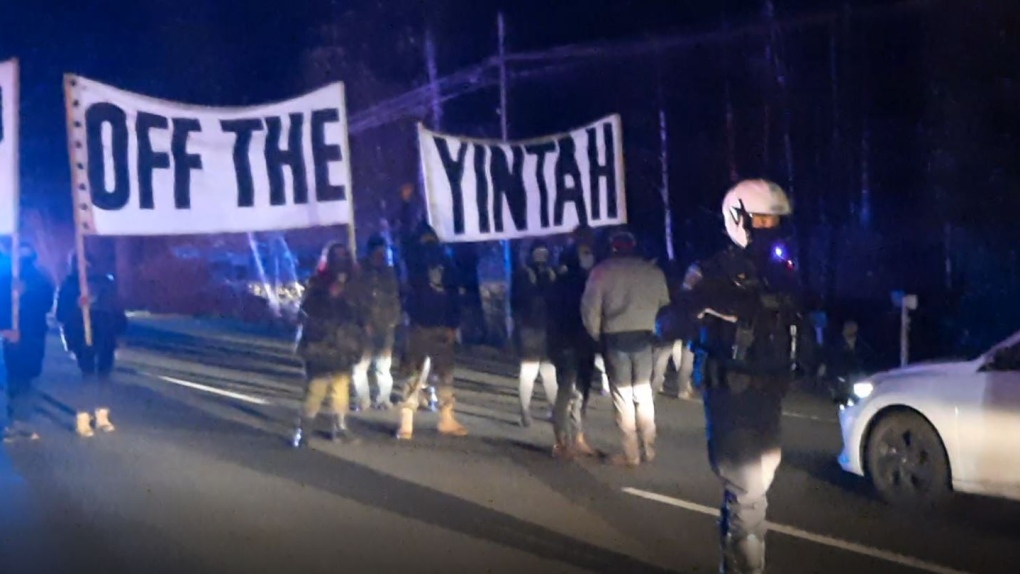 Saanich police say they're reviewing a protest that shut down part of the Pat Bay highway on Sunday.

Police say they had no prior knowledge of the protest, which blocked the northbound lanes of Highway 17 beginning around 3:30 p.m.

Since people were marching on the highway, Saanich police say they moved to block the highway lanes to traffic to protect the safety of protesters and drivers.

Now, Saanich police say officers with the major crime unit are reviewing the protest to see if any criminal charges should be recommended to Crown counsel.

"The Canadian Charter of Rights and Freedoms affords everyone the right to peaceful, safe and lawful assemblies," said Saanich police in a release Monday. "While the group was peaceful, their actions were neither safe nor lawful."

Police say they acknowledge that the protest blocked a major travel route, and thanked the community for their patience Sunday.

"Resolving incidents of this nature safely for the public, the police, and those causing the disruption requires considerable planning and specialized resources, including coordination with other emergency services to develop alternate routes," police said.

"We acknowledge the significant impact that this incident had on members of our community and regret the inconvenience caused by this traffic disruption."

Investigators are now asking anyone who may have footage of the incident, or who can provide witness information, to come forward and speak with Saanich police at 250-475-4321. Alternatively, information and videos can be sent to Det. Leanne Rowan at lrowan@saanichpolice.ca.