First responders in the Comox Valley, B.C., area say a rescue conducted Tuesday morning was one of the most complicated they’ve ever had to undertake, and certainly involved the largest number of rescued subjects.

The drama began shortly after 10:30 a.m. when two women from Parksville, B.C., were kayaking along the Courtenay River. One of the kayakers reportedly flipped and then re-righted herself before she and another kayaker then became trapped up against some logs in the river.

Dan Walden was with five other people paddling in an outrigger canoe on the river when they heard the women call for help.

"We thought we’d better turn, investigate, and we went around," he said.

The group paddled over to assist the kayakers before they themselves ran into difficulties.

"Of course you want to see what’s going on or help if you can, and the front of our boat got caught in a back eddy and swept us in, and there was a snag sticking up that pinned us," said Walden.

The outrigger portion of the canoe became stuck under one of the logs, trapping the six people in the canoe with the other two women.

"Yeah we tried, of course, [to get free] initially," said Walden.

"When you get stuck you try and then it doesn’t work, so we had to wait for the search and rescue," he said. 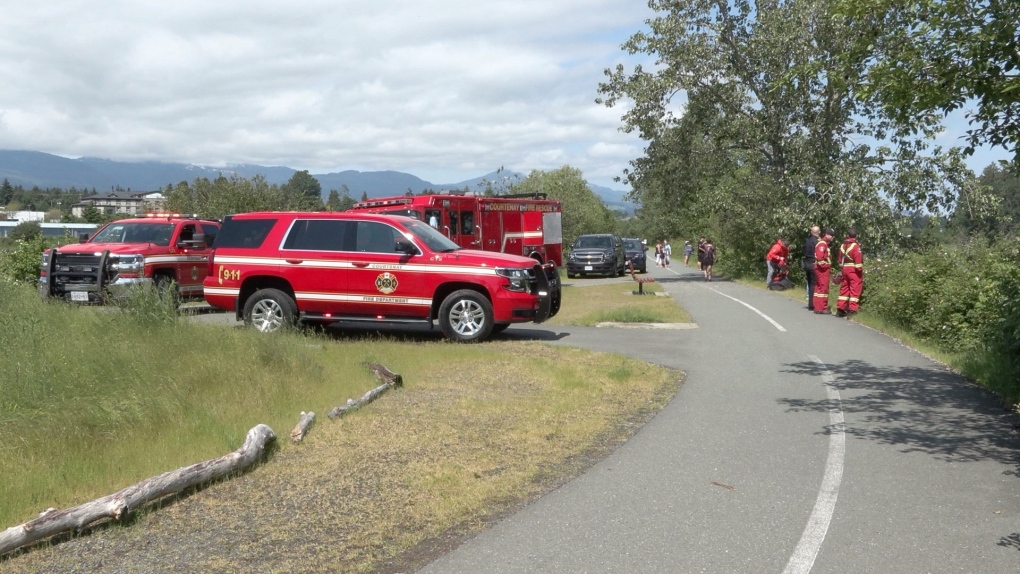 The Courtenay Fire Department was first upon the scene, in the area of the Courtenay Airpark.

Firefighters saw the eight paddlers stuck up against the logs, according to deputy fire Chief Jonathan Welsh.

"Eight people, that was probably the first for that number," he said. "We’ve had lots of rescues here in the river but that amount to deal with was definitely something to come up with for ideas."

Firefighters were situated along the bank of the river to set up a containment area should any of the boaters run into further difficulties.

"We had alternate containment areas where if something was to happen in this area there was a contingent plan to help rescue those persons who might have fallen off the boat, including the [search and rescue] groups," said Welsh.

Members of Comox Valley Search and Rescue arrived at the scene and used a motorized riverboat to extract the two kayakers, and then three members of the canoe before it became light enough to become un-lodged. 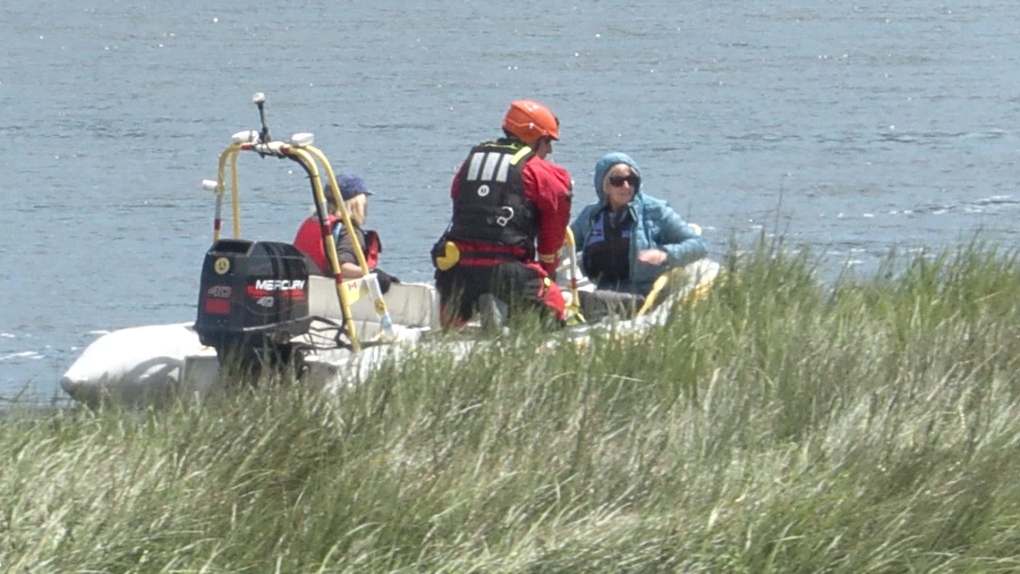 The search team often warns the public about the dangers of wood debris in rivers in the area, as does Adventure Smart BC through its online programs.

"This is more further down than we’ve ever had to remove logs, but somebody is going to have to come up and cut those things because they look like they’re in a pretty bad position to trap people," said Mike Fournier, Comox Valley Search and Rescue member.

The incident wrapped up in just under three hours without any injuries.