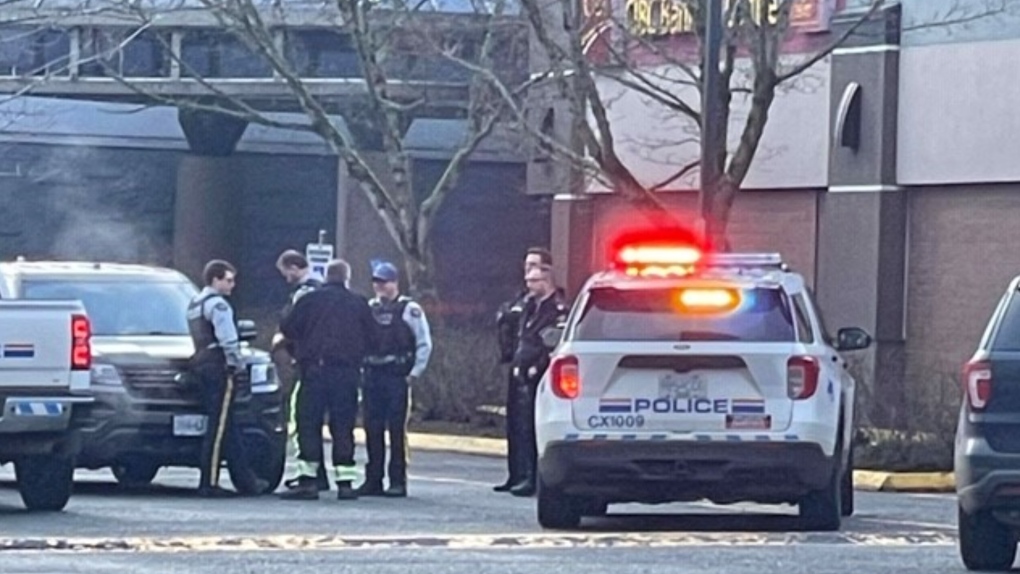 One man was taken into custody following a police incident Saturday morning at the Driftwood Mall in Courtenay.
Courtenay, B.C. -

One man was taken into custody following a police incident Saturday morning at the Driftwood Mall in Courtenay.

Posts to social media say several police vehicles were seen rushing to the mall shortly after 9 a.m., possibly responding to a weapons complaint.

A source tells CTV News the mall was put under lockdown until the man was arrested, and it wasn't clear until afterwards that he was in possession of a BB gun.

Another man says he got to the mall and could see a heavy police presence outside the building while his girlfriend, who is an employee at one of the stores, was hiding inside.

This is a developing story. More details will be posted if they become available.

McDonald's said Monday that it has started the process of selling its Russian business, which includes 850 restaurants that employ 62,000 people, making it the latest major Western corporation to exit Russia since it invaded Ukraine in February.

Most of Shanghai has stopped the spread of the coronavirus in the community and fewer than 1 million people remain under strict lockdown, authorities said Monday, as the city moves toward reopening and economic data showed the gloomy impact of China's 'zero-COVID' policy.

The European Union's efforts to impose a new round of sanctions against Russia over the war in Ukraine appeared to be bogged down on Monday, as a small group of countries opposed a ban on imports of Russian oil.

A man opened fire during a lunch reception at a Southern California church, killing one person and wounding five senior citizens before a pastor hit the gunman on the head with a chair and parishioners hog-tied him with electrical cords.