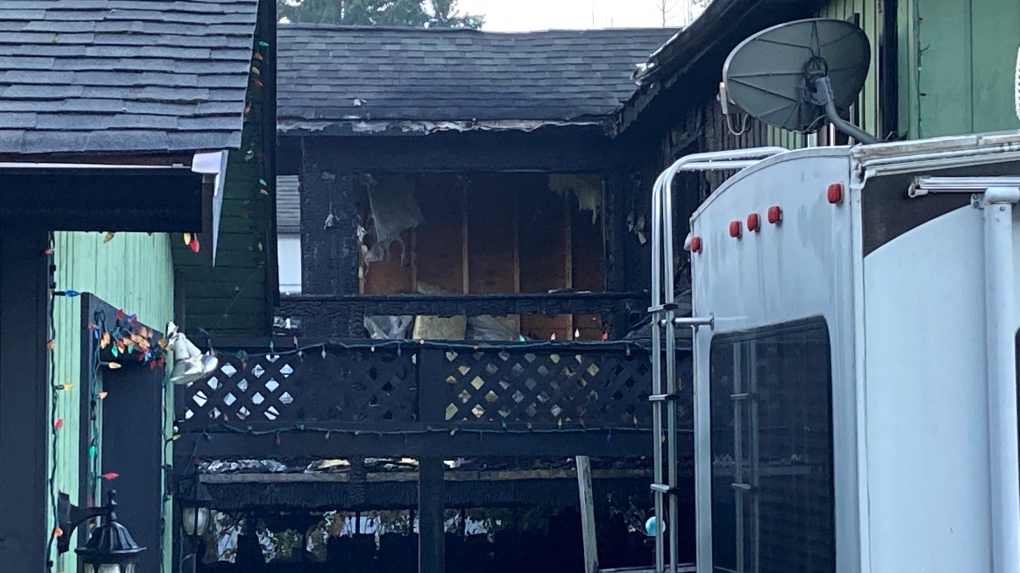 The West Shore RCMP received a call just after 4 a.m. for a structure fire in the 2800-block of Rita Road.

The fire caused significant damage to the rear of the home.

Police say three people were inside the home at the time of the fire, and all escaped without injuries.

"We are treating it as suspicious until proven otherwise," said West Shore RCMP Const. Alex Bérubé.

The house remained behind police tape at 8 a.m. and a pair of RCMP vehicles were at the scene.

A woman at the scene told CTV News the house belongs to her parents who both escaped the fire unhurt.

"We have secured the residence to conduct a thorough investigation and to allow for a proper collection of evidence to determine the source of the fire," said Bérubé in a release Friday.

"We are asking anyone who may have video surveillance or may have witnessed anything suspicious prior to the fire, to contact the West Shore RCMP."