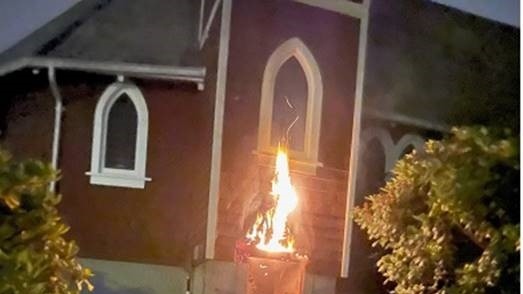 Firefighters and the RCMP were called to the St. Columba Church on Second Street in the city’s downtown around 4 a.m. Friday. (RCMP)
Victoria -

Police are investigating an overnight fire at an Anglican church in Tofino, B.C.

Firefighters and the RCMP were called to the St. Columba Church on Second Street in the city’s downtown around 4 a.m. Friday.

The fire was quickly contained before the building suffered any structural damage, according to police.

Police and fire investigators say the fire is suspicious.

"This church has been in Tofino for over 100 years and is of significant historical importance to the community” said B.C. RCMP spokesperson Sgt. Chris Manseau in a statement Friday.

"Investigators are aware of the recent church fires occurring around the province, and will share information with them to determine if there is a link," Manseau said. "However, at this time there is nothing indicating so." 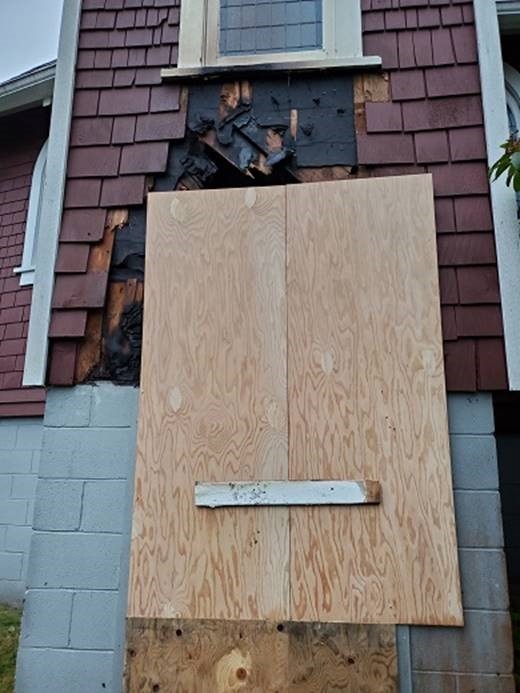 Vandalism and fires have occurred at numerous churches across the country following last month's discovery of what's believed to be the remains of 215 Indigenous children in unmarked graves at a former residential school site in Kamloops.

More suspected graves at other former residential schools have since been found in Saskatchewan, as well as at the Lower Kootenay Band in B.C.

More than 60 per cent of residential schools were run by the Catholic Church.