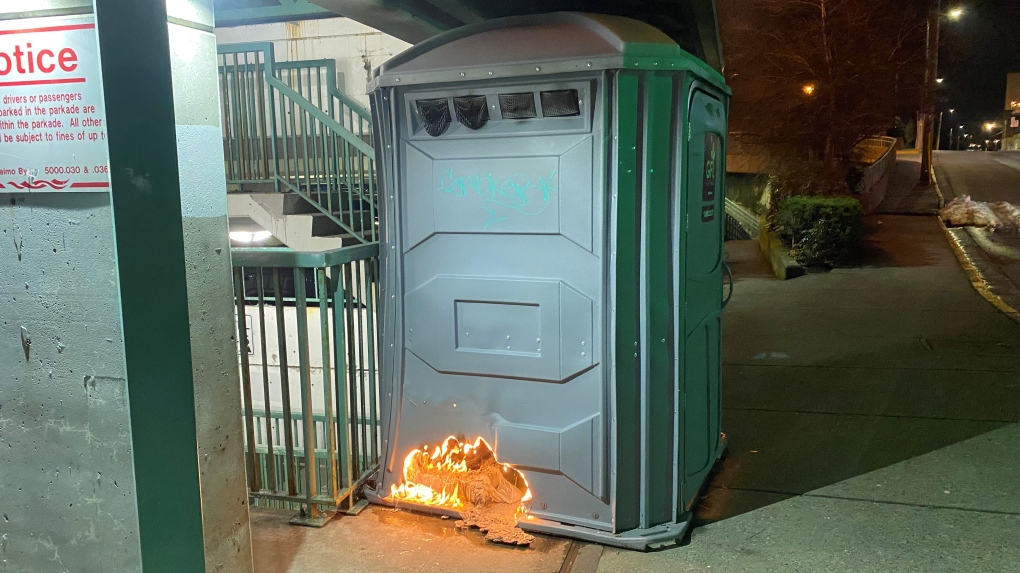 The porta-pottie fire at the Bastion Street and Skinner Street intersection is pictured: (Nanaimo RCMP)

City staff along with Nanaimo Fire Rescue responded quickly to each incident and were able to stop the fires from spreading and all porta-potties ended up not being destroyed.

"It appears that several were most likely started by one person and that a vehicle or other means of transport was used," said Const. Gary O’Brien of the Nanaimo RCMP in a release Tuesday.

The location and time of each fire on Sunday, Jan. 16 are as follows:

Several people of interest have been identified by investigators, but no arrests have been made because direct witnesses have not come forward, Mounties say.

Anyone with information about these incidents are asked to contact the Nanaimo RCMP non-emergency line at 250-754-2345.

The storm that moved across Ontario and Quebec Saturday is known as a “derecho”, a powerful kind of windstorm that is long lasting and far-reaching.

Meet the guy who wants to help save the planet with thousands of buoys, seaweed and giant antacids

Seaweed is a ravenous consumer of carbon dioxide, and scientists have been eyeing it as one potential solution to the climate crisis.

Kim Sigurdson, a Métis philanthropist from Manitoba, travelled to Ukraine in early May on his own dime to bring support to displaced Ukrainians.