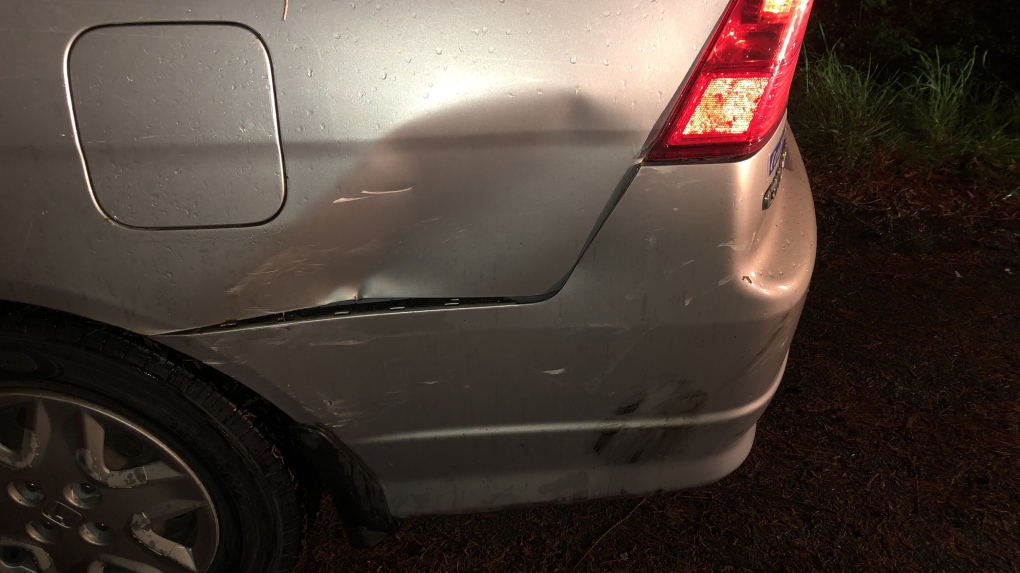 West Shore RCMP are looking into a hit-and-run crash that was reportedly spurred on by a near-miss incident.

Police say that on Oct. 15, the victim of the hit-and-run was heading southbound on Happy Valley Road near Luxton Road around 8 p.m.

As the victim was driving, another car reportedly cut off the victim by making a right turn off of Luxton Road onto Happy Valley Road without stopping at a stop sign.

"While no collision occurred, the suspect vehicle stopped in the middle of the road in front of the victim’s car," said West Shore RCMP in a release Friday.

"The victim drove around the suspect vehicle to avoid any confrontation," police added.

Police are now searching for the suspect vehicle, which was last seen travelling eastbound on Latoria Road.

The suspect driver is described as a white man in his late 20s with a medium build. He stands approximately 5' 8" tall and has short thin blond hair. At the time of the crash, he was wearing a navy blue hoodie and a green vest.

The suspect car is described as a white four-door sedan.

Meanwhile, the victim's car is described as a grey Honda Civic.

"Investigators are looking to speak with anyone who may have witnessed this incident or who may have dashcam footage that could assist in identifying the suspect and his vehicle," police said Friday.